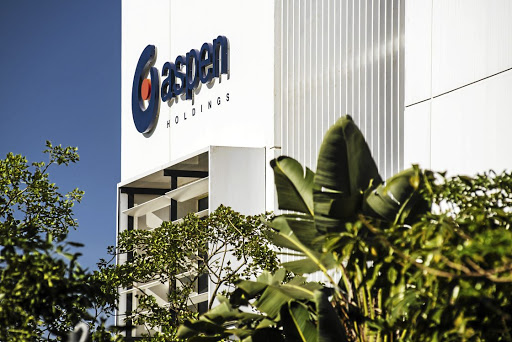 Durban-based pharmaceutical group Aspen Pharmacare’s share price leapt to its highest level since January 2019 on Wednesday, according to BusinessLIVE, after the release of a study on Tuesday that showed a drug that it supplies globally was found to be effective when given to patients with severe cases of Covid-19.

The study by Oxford University in the UK shows that dexamethasone, which is a steroid drug, is effective in reducing inflammation and death rates among critically ill Covid-19 patients.

According to a statement issued by Aspen on Wednesday, the company owns the rights to the drug which it produces and distributes as injectables and tablets.

According to Health-e News, the regulated price for the injection in South Africa is between R149, 03 and R176,44.

Low dose dexamethasone was one of various drugs tested by the RECOVERY trial, an initiative by Oxford University this year. Among drugs tested was lopinavir-ritonavir, which is commonly used to treat HIV, and azithromycin, a commonly used antibiotic.

Dexamethasone, according to the World Health Organisation (WHO), is a common drug which has wide ranging benefits including the reduction of inflammation and is used in the treatment of certain cancers. It has been used since the 1960s and has been on the organisation's model list of essential medicines since 1977.

TimesLIVE reported on Wednesday that president Cyril Ramaphosa said SA is considering using the drug which is expected to help in the management of Covid-19.

On Thursday morning, TimesLIVE reported that health minister Zweli Mkhize said government is “excited” to learn about the report and will update protocols to allow health-care professionals to use it. He added that dexamethasone has been used in treating autoimmune diseases in SA.

After jumping more than 9% on Wednesday, Aspen's share price on the JSE pulled back a bit on Thursday, and was last seen down 2.61% to R149. The company has a market capitalisation of about R67.9bn.

Dexamethasone has been hailed as a major breakthrough in Covid-19 treatment. According to a recent trial, the low-dose steroid treatment cuts the risk of death by a third for patients on ventilators and by a fifth for those on oxygen. While the study is still awaiting peer review, some scientist have welcomed the preliminary results.

President Cyril Ramaphosa has lauded the latest Covid-19 treatment breakthrough, which found that the drug dexamethasone can reduce deaths of ...
Politics
1 year ago

Zweli Mkhize 'quite excited' about dexamethasone to treat Covid-19

Health minister Zweli Mkhize on Thursday said the latest Covid-19 treatment breakthrough, which found that the steroid drug dexamethasone can be used ...
News
1 year ago

What you need to know about dexamethasone, the 'life-saving Covid-19 drug'

Health minister Zweli Mkhize said the drug is used in allergic reactions including asthma and is known for its anti-inflammatory properties.
News
1 year ago