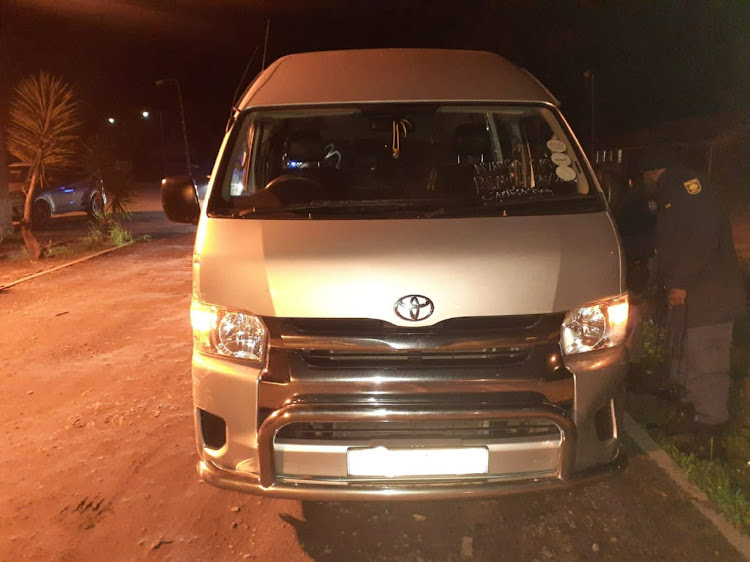 The stolen taxi was recovered when the hijackers crashed into a patrol car.
Image: City of Cape Town Law Enforcement

Night patrols in Nyanga can be a tough beat for Cape Town law-enforcement officers, but on Wednesday night car thieves made their jobs a little easier by driving a stolen taxi into their patrol car.

According to Cape Town law-enforcement spokesperson Wayne Dyason, the officers were “unpleasantly surprised” when a taxi “parked itself” against their patrol car.

As they did not know it was a “hot” vehicle, they were surprised when “the driver and passenger jumped out of the vehicle and fled into the nearby informal settlement of Siyayanzela,” said Dyason.

The puzzled officers then checked the vehicle's details and realised it was stolen.

“While one suspect was driving, the other was busy removing the tracker. When they saw the marked law-enforcement vehicle, they thought it was coming for them and panicked,” he said.

He said it was discovered upon further investigation that the taxi had been hijacked in Browns Farm, an area notorious for hijackings.

Alleged hijackers stalking the locked-down streets of Browns Farm, in Cape Town, met their match on Sunday.
News
1 year ago

Lawyers are not allowed to consult clients who are inmates in SA's prisons during the Covid-19 lockdown.
News
1 year ago