The company, which filed a joint application with some tobacco farmers and a tobacco consumers' group, is hoping that their matter will be heard in court by next Monday.

In its papers filed on May 31, the group said it wanted the court to set aside and declare invalid regulation 45 of the Disaster Management Act, which states that: “The sale of tobacco, tobacco products, e-cigarettes and related products is prohibited, except for export.”

Batsa said this regulation was unconstitutional because “it violates a series of fundamental rights. Further and in any event, regulation 45 is irregular in terms of the principles of administrative law.” 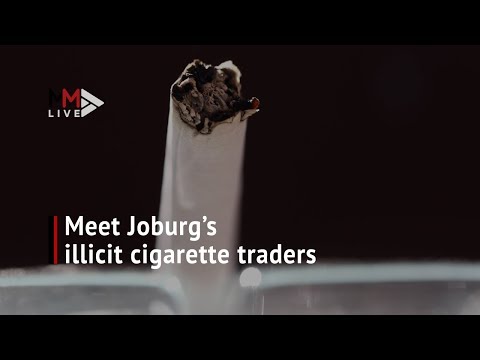 Among its arguments is that banning the sale of tobacco contradicted section 22 of the constitution, which provides for freedom of trade, occupation and profession.

The company argued that the “continued prohibition of the sale of tobacco and vaping products causes harm not only to individual consumers but also to Batsa, the tobacco industry and the fiscus.”

It included affidavits of smokers as well as of medical doctor Chris Proctor, who explained the physical harm that smokers were subjected to as a result of the ban.

“As Dr Proctor points out, tobacco and vaping products are in many respects similar to coffee in the ways they are experienced and used by consumers,” said Batsa, adding that for many, these products were part of a daily routine.

It said denying users access to tobacco could have a detrimental effect, warning of restlessness, irritability, anger, stress and unhappiness — emotions further heightened during the stressful scenario of the national lockdown.

The company also highlighted that there are around 200 commercial tobacco farms, employing over 8,000 people. With the ban of tobacco products still in place, these farm workers were at risk of losing their jobs, which in turn would affect thousands more people who were dependent on them, it said.

Over the last few weeks of lockdown, farmers have battled to pay wages, it said.

“This is exacerbated by the fact that tobacco farmers have been excluded from the R1.2bn disaster fund intervention made available to assist South African farmers with the impact of Covid-19.”

Besides farmers and employees losing money, the company said it too had lost large amounts of money — while the sale of illicit cigarettes has flourished.

“In short, the national fiscus is losing out on billions of rands in excise duties that would have been generated by the sale of legitimate cigarettes. Batsa on its own usually collects and pays approximately R214m weekly in excise revenue to the national fiscus — or over R900m monthly,” it said.