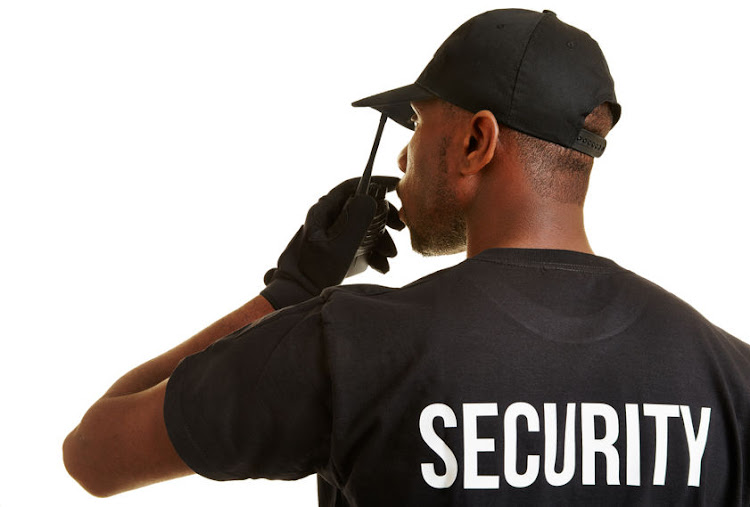 An employee who opted to remain anonymous said the guards became worried when a woman who worked closely with the man who died and a security officer who searched them when they enter the building both tested positive for the coronavirus.
Image: 123RF/stylephotographs

A group of 50 cash-in-transit employees who have tested positive for Covid-19 are blaming their company for their infections.

They claim the management of Fidelity Cash Solutions has been sitting on information for four weeks that one of their colleagues, who recently died, was infected with the coronavirus.

The employees, who range between the ages of 28 and 50, on Thursday and Friday filled three taxis to go to be tested for the virus, allegedly against the company's wishes. The  results received on Friday confirmed they had been infected.

"They kept it all a secret and didn't want us to test, so we all took it upon ourselves [to go and test]. On Thursday we took three taxis and went to be tested.

"I got my result on Friday afternoon, which came back positive. They told me to isolate for 14 days," one employee said. "All of us who went to get tested are positive. Only two were negative. We were about 50."

Their claim, which the company has denied, is that they were all infected by their recently departed colleague, who worked as a security guard at their branch in Hermanstad, Pretoria. They suspect the guard had died from Covid-19 as he could not eat and spent his last shift sleeping at work. They said he "went to hospital on a Tuesday and died the following day".

Another employee, who also opted to remain anonymous, said they became worried when a woman who worked closely with him and a security officer who searched them when they enter the building tested positive.

Upon hearing their status, the company decided to "throw them to the wolves", according to the employees.

The company allegedly told them their salaries would be docked and the company would find replacements while they are isolating.

"When I called them about my results they did not believe me. They said they wanted proof that I am positive, failing which they will dock my salary even further. But that was not possible because the hospital gave me the results in a phone call and said I can collect the results on July 6, after my isolation," one staffer said.

Sowetan independently confirmed with the Tshwane District Hospital that the group had tested positive and that their results were communicated to them via phone calls.

A senior doctor at the hospital told Sowetan they were "worried" about the large number of workers from the same company who had tested positive.

"We did have a number for a supervisor who was called to notify them that their employees tested positive."

However, even after notifying the company, employees continued to be subjected to threats of their salaries being docked.

Following inquiries by Sowetan, the company took a sudden turn yesterday when, for the first time, messages were sent to the employees.

In the message, Fidelity Group Services regional manager Melanie Janse van Rensburg said "the company has empathy and sympathy towards your current reported Covid-19 status" but went on to reiterate that their salaries would be docked.

The company told Sowetan they were first informed of the cases on Thursday, and that "the branch was closed and sanitised for the third time last week". The company said they informed the department of health, but said government inspectors had not visited the offices.

The departments of health and labour had not responded to Sowetan's queries by the time of going to print.

eNCA has confirmed that news anchor Shahan Ramkissoon has tested positive for Covid-19. He will be off air and in self-isolation for the next two ...
News
2 years ago

Pietermaritzburg's city call was closed on Monday after a staff member tested positive for Covid-19.
News
2 years ago