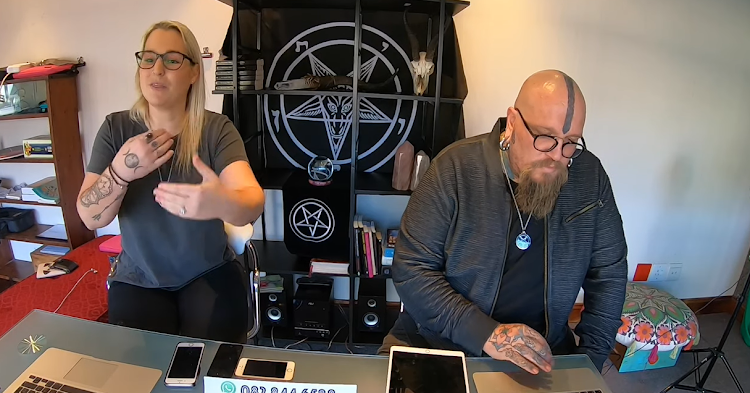 The church is based in Century Way, Cape Town.

Here's what you need to know about the church:

Norton and Swiegelaar clarified the church is not affiliated with any satanic movements or churches including the US-based 'The Church of Satan.

“We have never insinuated or given the impression that we are part of The Church of Satan or any other part of satanic movement or association. We are our own unique entity.”

The church has been criticised across social media platforms as some called for its closure but for Norton, this response is because of a lack of religious education and tolerance among South Africans.

“People must ask themselves what scares me? Why can't I accept another religion? What scares me? What's wrong inside me that I can't be OK with someone being different to me?”

The church does not register non-SA citizens as members. This as many countries still deem satanism as illegal. Norton said the expansion of the church will take time as there is also still confusion between devil worshipping and the satanic church.

“We can't allow you to practise something that is illegal in your country.”

Swiegelaar added that this decision was taken by the church's council. Non-South Africans can only stream the services until they can fully join.

Members of the church undergo rituals which the public is not allowed to attend due to their sensitive nature.

“When a ritual takes place, it can be a very emotional situation for certain people involved and as a satanist, you understand the context in which it happens. Sometimes we're manifesting something or we have a group-therapy session,” said Norton, who also added that people who don't understand the concept of satanism may not be able to grasp what happens during rituals.

More than 50 countries have made failure to wear a mask a punishable offence but SA has not, electing only to make masks compulsory in public spaces.
News
1 year ago