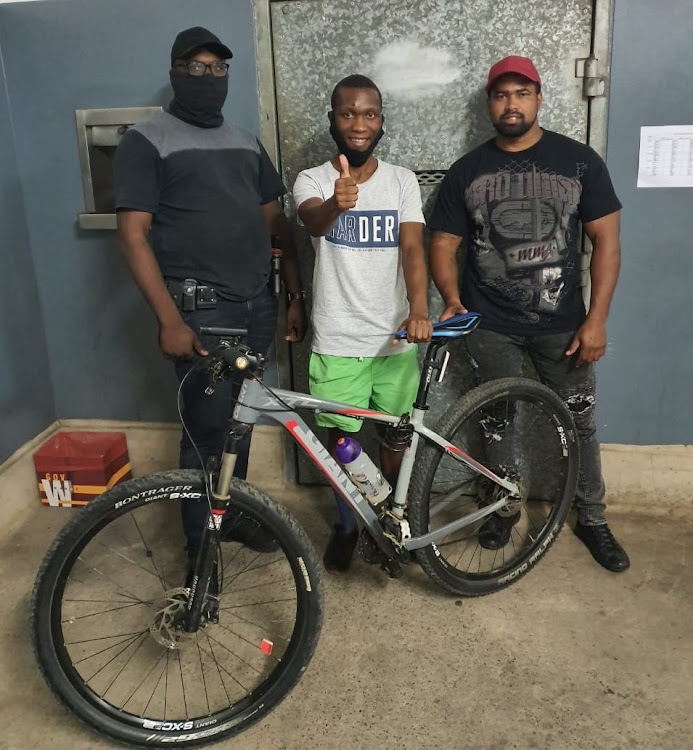 A Durban cyclist is counting his blessings after his mountain bike, worth thousands of rands, was stolen and recovered within a few hours on Wednesday.

Sihle Maphumulo, 30, has lauded the efforts of members of the metro police street crime unit who recovered his bicycle after witnessing a suspicious man riding it.

Maphumulo said he had been robbed at knife point on a pedestrian footbridge over the N2 near Gateway shopping centre just after 9am.

“I had been riding back from Blue Lagoon to Cornubia, where I live. As I was riding across the bridge I saw three men. When I got closer to them they suddenly produced knives.”

He said he had slammed on brakes as one of the men hit him in the face.

“I tried to get away but there was nowhere to go, if I jumped off the bridge I would die. Luckily they didn't find my phone and as soon as I got home I uploaded a picture of my bicycle on a Facebook group.”

Maphumulo posted a picture of his injuries and his bicycle on KZN Mountain Biking Pics, Parts and Routes – and not long after his post, a member of metro's street crime unit commented on the post with a picture of his recovered bicycle and a man who had been arrested. 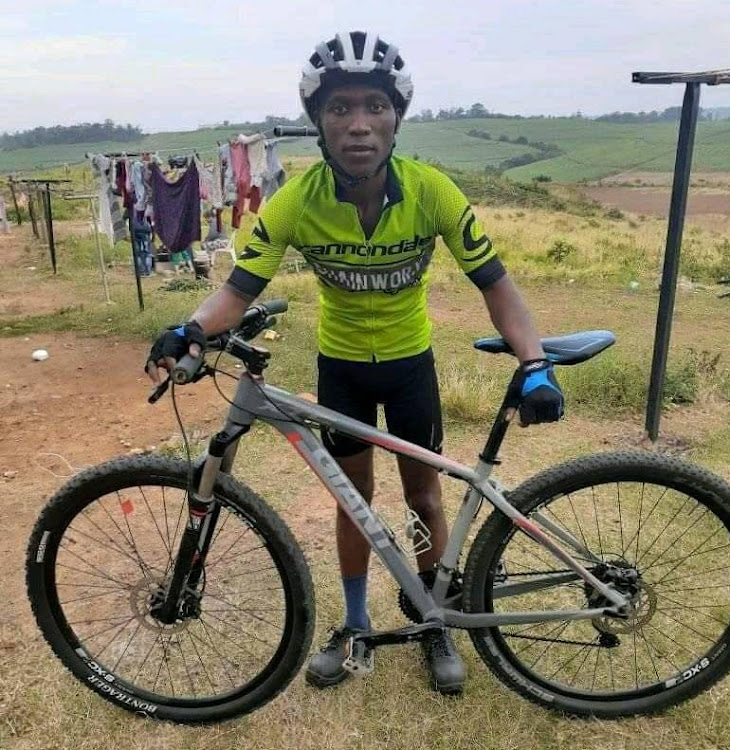 Sihle Maphumulo, a cleaner by profession and avid cyclist, with his bicycle which was forcibly taken from him on Wednesday.
Image: Supplied

Metro police spokesperson Snr Supt Parboo Sewpersad said members had been on patrol on Umgeni Road when they noticed a man riding a mountain bike that raised their suspicion.

“Our members questioned the man, who could not provide details of where he bought the bicycle, how much it cost or where the key was for the lock and chain.

“He was detained and taken to Durban Central for further interrogation.”

Sewpersad said the team then set about investigating the ownership of the bicycle and contacted local cycle shops.

“During this time a social media post was found concerning a cyclist who had been robbed of his bicycle earlier that day. This person was contacted and the bicycle was confirmed as the stolen bicycle. The victim was picked up from his residence and taken to the Durban North police station to register a case of robbery before his bicycle was returned to him.”

Maphumulo, an avid cyclist who hopes to start taking his training seriously, said he could not thank metro police enough.

“I use my bicycle to get to and from work. I ride about 7km a day.

“On weekends I do at least 45km-50km training as I want to soon join a club and get into the sport properly.”

Johannesburg cyclist dead after being hit by 'drunk driver' on pavement

A cyclist died in Fourways, northern Johannesburg, after allegedly being hit and dragged by a vehicle driven by a drunk driver.
News
2 years ago

On your bike! How a bicycle can ease Covid-19 spread and make money

As we mark World Bicycle Day on Wednesday, could cycling be a tool in the fight against the coronavirus?
News
2 years ago