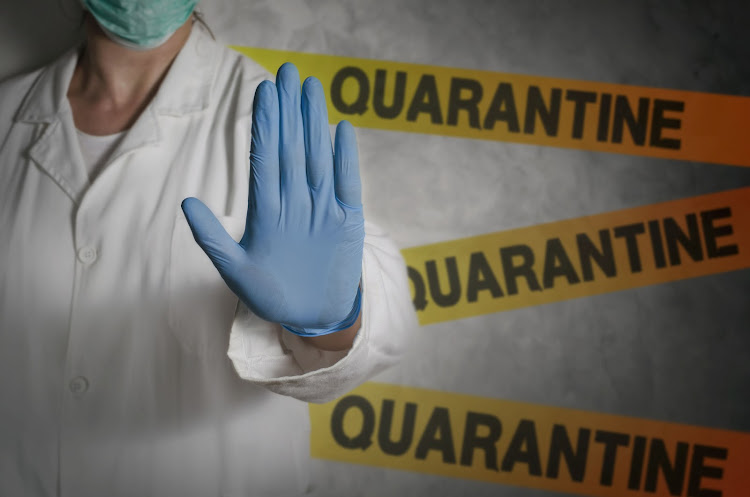 Misinformation, concerns over abstaining from alcohol and sex, and fear of stigma are factors behind the relatively low occupation rates at Covid-19 quarantine facilities in the Western Cape, stakeholders heard on Thursday.
Image: 123RF/ADZIC NATASA

Concerns about access to alcohol and abstinence from sex are among the reasons Covid-19 patients and their contacts in the Western Cape are not willing to quarantine or isolate away from home.

Remedies would include engagement with community leaders, behaviour change strategies and communication, he said.

Cape Town, which has 2,276 quarantine and isolation beds, has an occupancy rate of 29%, while only 169 of the Cape Winelands' beds are occupied.

A school principal whose wife attempted to commit suicide because of depression due to Covid-19 plans to embark on community education campaigns ...
News
2 years ago

Occupancy on the West Coast is 3% and on the Garden Route it is 4%. This means that 78% of beds reserved in hotels and holiday resorts are empty.

Mbombo said the department was not taking the under-use of quarantine facilities lightly. “We must also understand that it’s quite daunting to leave the family behind - the issue of separation and not being able to access many of the niceties and goodies that a person will have access to at home. So we should not dismiss their truth,” she said.

Sheynain Benjamin, secretary of Tygerberg Sub-District Health Forum, said the biggest challenge in getting people into quarantine and isolation facilities was communication  between health providers and patients.

“We have received many complaints of people self-isolating at home, sometimes with elderly family members or in shacks, because they were not offered that option by health-care providers such as doctors," she said.

"Many people would love to safely isolate or quarantine away from vulnerable family members, but in most instances they are not even aware that there are such facilities.”

“There is definitely stigma. Many who test positive don’t appreciate being fetched from home by disaster management teams due to the unnecessary attention and stigma this gives families, but in reality the majority do want to self-isolate safely," he said.

“There seems to be a lot of misinformation when it comes to quarantine and isolation sites, and unfortunately there haven’t been any awareness drives in communities to educate people about the importance of isolating safely

"Many don’t know that these facilities are free, and many self-isolate even in shacks and expose their families to the virus because they are not informed.”

Dr Saadiq Kariem, chief of operations in the Western Cape health department, said after eliminating its testing backlog the province was now getting results back in two days.

About R10m from the Solidarity Fund would support the province’s testing capacity , he said.

Kariem said the use of steroids on ventilated patients had shown positive results, and a predictive model had been developed to assess hospitals' oxygen requirements.

During the Covid-19 peak, oxygen consumption at Western Cape hospitals is expected to jump from the current 12 tons a day to about 40 tons.

'This is crazy - it's like a machine': nurses on the Covid-19 front line in the Western Cape

SA can expect to have detected 408,000 cases of Covid-19 by mid-July, according to the latest projection by the national modelling consortium
News
2 years ago