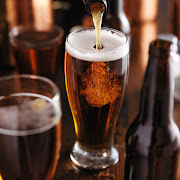 Image: 123rf.com /Joshua Resnick The Restaurant Association of SA is questioning the latest regulations allowing patrons to have sit-down meals, but not with alcohol.

The Restaurant Association of SA has sent trade and industry minister Ebrahim Patel a lawyer's letter demanding to know why alcohol cannot be sold to sit-down customers.

The letter was written after the publication of directions in the Government Gazette regarding the reopening of restaurants - permitted from Monday.

The association said it noted with “bewilderment” that the sale of alcohol at restaurants was not addressed in the new regulations.

“Our client has already received confirmation from many of its members that their restaurants will not be opening, as without the sale of alcohol it will not be feasible to do so,” said Ashton Naidoo of Mooney Ford, the lawyers representing the association.

“It is also nonsensical to allow the sale of alcohol as a takeaway but not allow for on-site consumption, as this allows for people to get into a vehicle, purchase a takeaway [food and alcohol] and drive about while consuming both,” the letter reads.

The association said it needed reasons from Patel for not allowing the sale and consumption of alcohol at restaurants as the decision “adversely” affected the constitutional rights of its members.

“Our client is entitled to be given adequate reasons for the decision. It is also stipulated in Section 5 (3) that the decision you have made must be regarded as a decision with no good reasons ...

“Our client has thus instructed us to demand, within seven days hereof, that the sale of alcohol be allowed for on-site purchase and consumption at all restaurants which are in possession of a valid liquor licence, alternatively, written reasons why the above request is being denied,” Naidoo said.