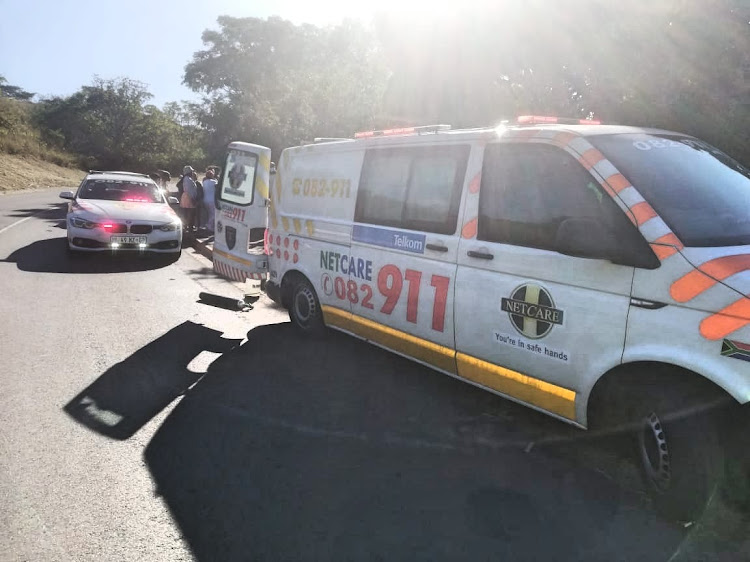 The scene at Burlington Heights in Chatsworth where a one-day-old baby was found alive and covered in ants in a rubbish pile on Tuesday morning.
Image: Netcare 911

A one-day-old baby has managed to defeat the odds and survive after being dumped and left for dead on a rubbish pile in Chatsworth, south of Durban, on Tuesday.

Shawn Herbst of Netcare 911 said they had received a call from metro police about a baby which had been found on a pile of rubbish on the roadside in Burlington Heights, Chatsworth.

“A Netcare 911 emergency care practitioner assessed the child, which still had the placenta attached. The baby was completely covered in ants, had severe dehydration and was battling to breathe. The child was placed in a Netcare 911 ambulance where he was treated.”

Herbst said the baby was in a stable condition and had been transported to RK Khan Hospital for medical attention.

Two more children have died from Covid-19 since Friday.
News
1 year ago

The body of a baby estimated to be just a day old has been found in the Jukskei River in Waterval, Midrand
News
1 year ago