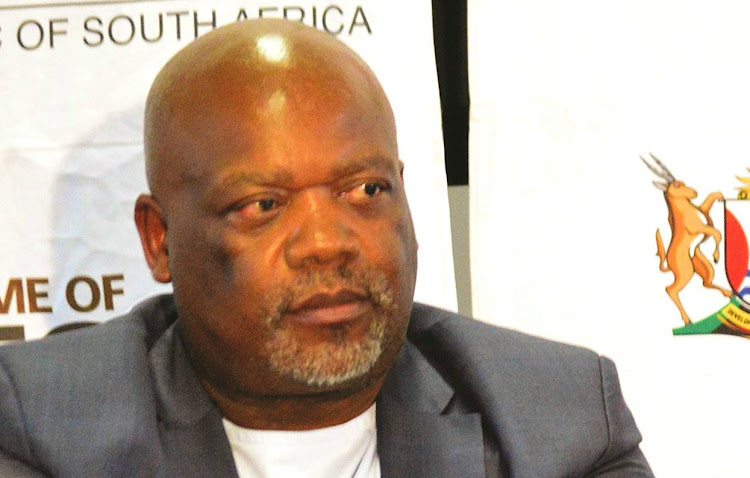 Eastern Cape superintendent-general Themba Kojana has proposed that only matric pupils stay at school, and that all grade 7 pupils be sent back home until August 3, when other grades are scheduled to return to classrooms.
Image: FILE

Eastern Cape superintendent-general Themba Kojana has proposed that all pupils except those in matric stay away from school until August 3.

The move is in response to increasing numbers of pupils in the Eastern Cape contracting Covid-19. Around 200 schools remain closed as a result of coronavirus infections.

In a letter to Sadtu provincial secretary Chris Mdingi on Sunday, Kojana said he had written to the national department's director-general, Mathanzima Mweli, to request a deviation from the original July 6 date when grades other than 12 and 7 were scheduled to return to school.

“It is in response to the bilateral meeting the department held with Sadtu. During those meetings the union presented the pertinent issues schools were facing as a result of the coronavirus.”

In the letter, seen by HeraldLIVE's sister publication DispatchLIVE, Kojana says: “The deviation request indicated that we as a province would like to request that all other grades — including grade 7 – only return on August 3 in order to allow the department time to implement further control measures.”

The deviation would allow the department additional time to strengthen its planning and implementation of measures to address the increase in infection rates.

Kojana said the department would work with the provincial health department. Time was needed to “align current plans to address the expected increase in infections within the province”.

Sadtu has slammed the department’s premature decision to reopen schools in the province, and last week called on the department to close all schools.

The recent statistics have laid bare that an overwhelming number of schools in the province are a death trap, and the department lacks the will and the capacity to arrest the situation

According to Sadtu, poor quality and non-delivery of personal protective equipment,  dilapidated infrastructure at many schools, unsafe ablution facilities, insufficient water supply, lack of psychological support from the department and “haphazard” management of Covid-19 cases warranted the closure of schools in the province.

A letter from Mdingi, which followed the meeting with the PEC, says: “The union is immensely perturbed by the reckless move by the department to reopen schools for the other grades.

“The recent statistics have laid bare that an overwhelming number of schools in the province are a death trap, and the department lacks the will and the capacity to arrest the situation.”

The Sadtu letter, addressed to all regions, branches, sites and members, was released on Saturday before Kojana issued his letter to the union on Sunday.

On Tuesday, Eastern Cape premier Oscar Mabuyane said 200 schools remained closed in the province as a result of the coronavirus.

Mabuyane was speaking at a media briefing with provincial MECs. A total of 291 provincial schools had been affected by Covid-19, of which only 91 remained open. Education MEC Fundile Gade said 15 people from his department had succumbed to Covid-19 related illnesses, most of them teachers.

“There is a need for a discussion at a national level to reconsider the phasing in of other grades that were scheduled to be back on July 6 for strategic reasons,” he said.

There have been frightening Covid-19 statistics at some Eastern Cape schools to date.

Publicly admitting for the first time that the Eastern Cape health department was struggling to cope with the high number of Covid-19 cases, premier ...
Politics
2 years ago

She died like a soldier with a gun in her hands. That's how the brother of Sindiswa Madonci, a nurse at Port Elizabeth’s Livingstone Hospital, ...
News
2 years ago