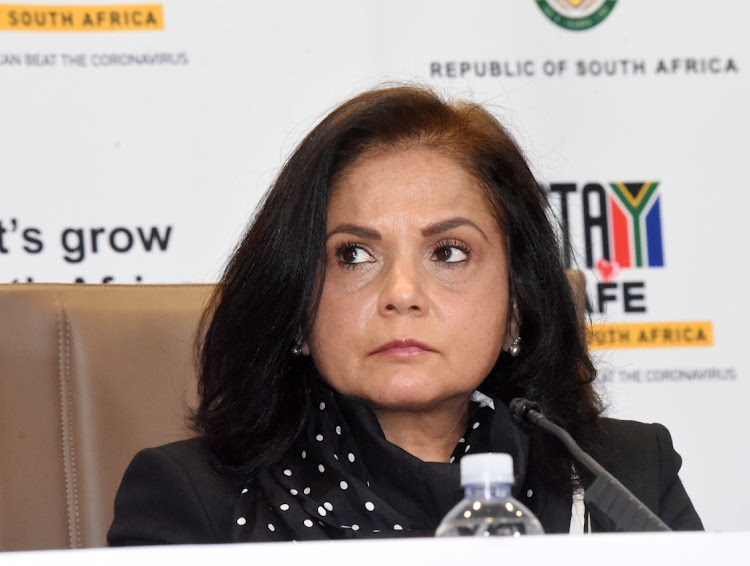 SA needs to have a serious conversation about what needs to be done to combat corruption on a large scale, prosecutions boss Shamila Batohi said on Tuesday, emphasising that the investigating directorate established last year is only a temporary answer to an enormous problem.

After years of rampant corruption which have contributed significantly to SA’s current economic devastation, pressure has been mounting on the National Prosecuting Authority (NPA) to prosecute high-profile politicians on allegations of state capture, fraud and corruption.

The common critique is that high-profile prosecutions have been few and far between since the new leadership of the NPA had taken over, after the institution itself had been politically abused for more than a decade.

“The amount of work that needs to be done is astronomical to say the least.” This did not mean they would not continue doing everything possible to make sure the problem was tackled, Batohi said.

She was joined at the meeting by Andy Mothibi, head of the Special Investigating Unit (SIU).  The MPs received updates on a wide range of continuing SIU investigations, including collusion between state attorneys and private legal practitioners in medico-legal claims, as well as details that the state paid more than double the amounts budgeted for building new courts.

Batohi said the cases presented by Mothibi were examples of corruption in just one sector of the government, and that the NPA is looking at private corruption as well.

She emphasised that the past 10 years, which coincided with Jacob Zuma’s tenure as president, cannot be forgotten.

“We are now short in trying to rebuild this country. If we don’t address these serious capacity issues in key agencies like the DPCI [Directorate for Priority Crimes Investigations], we are not going to win this battle. As we move forward as a country, we also have to start thinking seriously what is the best way to tackle corruption on a big scale,” Batohi said.

This includes asking questions about the best way for the state’s law enforcement agencies to organise themselves, do their work and build expertise.

Deputy NDPP Rodney de Kock told the committee a plan is in place to ensure greater co-operation among the various law enforcement agencies. The plan includes ensuring that they do not work in silos, and reviewing the methodology used in referring criminal cases, in the hope of shortening the time between getting the case to the NPA and actually getting it investigated.

Part of the focus will be on bringing the police, specifically the Hawks and detective services, on board for an official memorandum of understanding with the NPA and SIU. A plan is also in the pipeline to have one database for cases among the various law enforcement agencies to ensure that they can all track the status of cases on one platform.

Glynnis Breytenbach, a DA MP and former senior prosecutor, said it is all well and good that plans are in place, but the best plans mean nothing if there is no-one to implement them, to focus a sharp light on the capacity constraints on the NPA and the police during complex corruption investigations, and then prosecuting.

“You can prosecute nothing if you do not have investigations,” she said, emphasising that  only a handful of people in the police can do the type of investigation needed.

Both Mothibi and Batohi agreed there are severe capacity and capability constraints, especially at an investigative level, where the evidence needed to prosecute cases is compiled. While their current budget is a big improvement, she emphasised that it is sufficient only to deal with those vacancies in the NPA that are critical.

Two months after holes started appearing in SA's hastily built northern border fence, they have multiplied - and some have grown big enough to drive ...
News
1 year ago

Eskom has told parliament that it expects to get only R1,26bn from the claim it submitted against the business rescue practitioners of Tegeta for ...
Politics
1 year ago

The Special Investigating Unit (SIU) wants a national proclamation in order to go after corruption cases related to Covid-19 in SA.
Politics
2 years ago