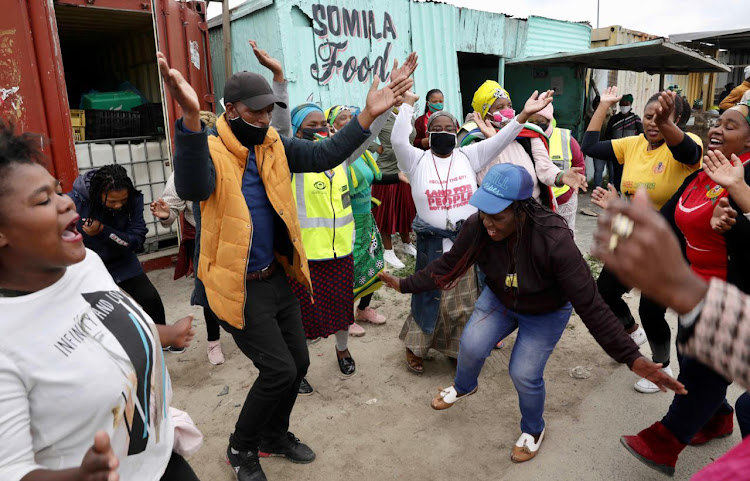 The man who was dragged naked from his Cape Town shack on Wednesday has appealed to President Cyril Ramaphosa to help him reclaim his dignity.

Speaking to Newzroom Africa's Athi Mthongana on Thursday, 28-year-old Bulelani Qholani said the actions of Cape Town law-enforcement officers had robbed him of his dignity and of his rights as a human being.

He said he wanted Ramaphosa and police minister Bheki Cele to ensure justice in the matter so that he could recover from the humiliation of appearing naked not only in front of his Khayelitsha neighbours but on a video that was widely shared.

[EXCLUSIVE] The 28-year-old Bulelani Qholani speaks out about what transpired when he was dragged out of his shack while naked. Qholani was evicted from an informal settlement in Khayelitsha, Cape Town. @Artii_M brings you this story.

Speaking outside the City of Cape Town offices, Qholani described the injuries he sustained.

“Yesterday when we were fighting, they kicked me in my genitals, they also kicked me on my spinal cord and shoved me onto my bed as they were trying to force me out of the house," he said.

“I asked them about what happens to my children’s rights. They replied and said they had been sent there by the City of Cape Town and would hold no discussions about it. They said there was nothing to talk about or communicate.

Bulelani Qholani pushed into the crowd by police. They slept at the Civic center in town last night and early this morning. @Newzroom405 pic.twitter.com/NhDSDqVWcR

Bulelani Qholani and other affected residents are being moved by police and metro police from the Civic center, City of Cape Town municipal building in Town. @Newzroom405 pic.twitter.com/FfwmF6djvX

"We can’t afford to pay lawyers and they have strong paid lawyers that we cannot go up against. That is why I would like to say to President Cyril Ramaphosa and police minister Bheki Cele, they should come up with a solution and arrest officials of the City of Cape Town.”

In the video, members of the city's anti-land invasion unit are seen removing Qholani — who said on Thursday he had been preparing food for his two children and getting ready to bathe — from his shack.

There is a scuffle as he tries to make his way back into his home, with four or five officials blocking his path and some pushing him to the ground. As he tries to get into the shack, other members of the team begin to dismantle it.

Interacting with Cape Town journalists on a WhatsApp group on Thursday, JP Smith, the mayoral committee member for safety and security, said the city council will “act swiftly against staff when incidents like this happen”.

He added: “This stands in sharp contrast to the atrocious Independent Police Investigative Directorate stats relating to SAPS.

“Staff have conflict-resolution training as part of their basic training as well. But I've heard the staff's version of what happened and will wait for all the facts to be on the table before I am able to form my final opinion.

“Cape Town has an excellent track record on maintaining discipline. There are lapses, even mad ones like yesterday. But we acted quickly.”

Naked man traumatised after ‘dignity dragged through the mud’ in eviction

A Cape Town man who was dragged naked out of his shack in Khayelitsha by law enforcement officers has been left traumatised by the ordeal.
News
1 year ago

The City of Cape Town on Thursday morning said that the four law enforcement officers who were involved in the eviction of a naked man in ...
News
1 year ago

The City of Cape Town has launched an investigation after a naked man was forcibly removed from the shack he was occupying during an eviction in ...
News
1 year ago