Hard lockdown considered as cases surge? Here is what Cyril Ramaphosa had to say 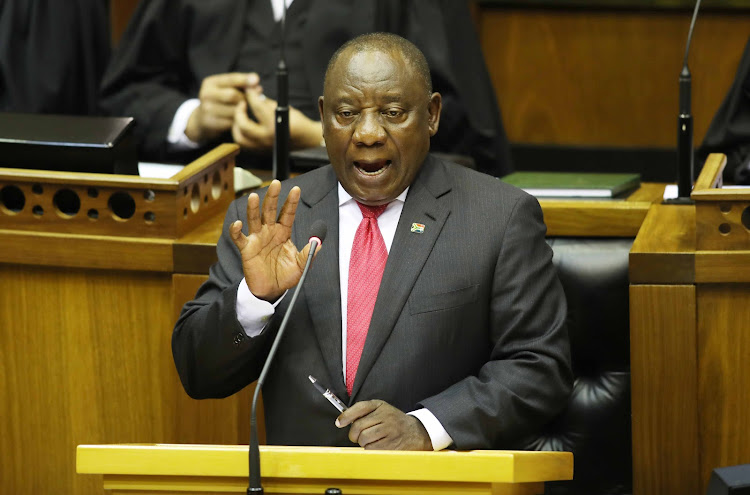 President Cyril Ramaphosa says there is no intention to return to hard lockdown, due to concerns about job losses.
Image: ESA ALEXANDER/SUNDAY TIMES

SA will not be returning to higher levels of lockdown despite the rapid surge in Covid-19 cases.

This is according to President Cyril Ramaphosa, who confirmed that a decision to move the country back to level 4 or 5 of lockdown was not on the cards.

Speaking during his visit to Mpumalanga this past week, Ramaphosa said a hard lockdown wasn't on the cards due to spiralling job losses.

Mkhize said a hard lockdown would be considered because of how it helped slow the spread of the virus.

Gauteng health MEC Bandile Masuku also said that the province was looking at an “intermittent” lockdown due to concerns about Covid-19 cluster outbreaks as infections spilt from communities into places of congregation such as mines, factories, taxis and buses.

Harder lockdown for Gauteng 'under discussion' as Covid-19 cases surge

However, Ramaphosa instead called for behavioural change and adherence to protocols among citizens to help curb the spread of the virus.

“The issue of another hard lockdown is something we're not considering now. As I said we are using other tools. The issue of losses of jobs is concerning to us.

“The record of about 31% of our people not working, concerns us as government,” said Ramaphosa.

The president said the government was working on various plans to resolve the unemployment crisis.

“We are developing various ways of responding to the jobs that are being lost. When we moved to the various other levels, including Level 3, we were responding to try to stem the job losses that could ensue from the hard lockdown,” he said.

Ramaphosa said though the rapid increase in confirmed cases was worrying, the government had anticipated the peak that's being seen in the Western Cape, Gauteng and Eastern Cape.

“The peak is obviously concerning but not unexpected. We used the period of the lockdown to prepare ourselves and we will be increasing the number of beds in the Eastern Cape and Gauteng,” said Ramaphosa.

He said should Covid-19 infections “get out of hand”, other “tools” would be used, in the absence of a vaccine.

#COVID19 | President @CyrilRamaphosa calls for behavioural change and adherence to protocols among citizens to help curb the spread of the #coronavirus. #StaySafe #CoronaVirusMP pic.twitter.com/tAjTX8AH2p

‘Gauteng is ready, we did not request a hard lockdown,’ says provincial government

The Gauteng government said it did not ask national government to allow it to introduce an “intermittent” hard lockdown in the province, but instead ...
News
2 years ago

“We have decided to take urgent and drastic measures to manage the disease, protect the people of our country and reduce the impact of the virus on ...
News
2 years ago

The Gauteng government wants the National Coronavirus Command Council (NCCC) to allow it to reintroduce hard lockdown regulations in an attempt to ...
News
2 years ago