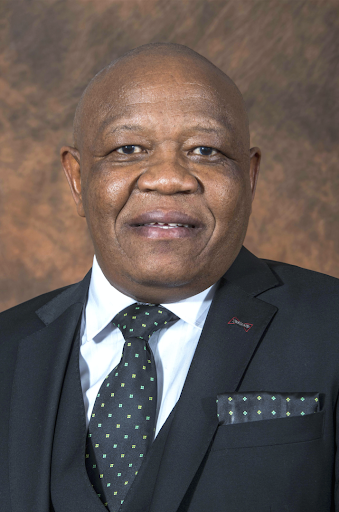 North West premier Prof Tebogo Job Mokgoro announced on Monday that Kegakilwe passed away on Monday after a "short and serious illness".

“Kegakilwe was admitted with Covid pneumonia yesterday [Sunday] afternoon at the Vryburg Private Hospital and was immediately put on oxygen; and a decision was taken this morning to transfer him to a medical facility in Klerksdorp,” said Mokgoro in a statement late on Monday.

“He was transported from Vryburg to Klerksdorp in an ambulance. Upon arrival in Klerksdorp, he suffered a cardiac arrest. Despite all the efforts by the medical personnel, he succumbed and lost his life.”

Paying tribute to the MEC, Mokgoro said Kegakilwe “had distinguished himself as one of the finest to have come from the ranks of the governing African National Congress and a tried and tested leader”.

Kegakilwe was appointed as MEC in 2019 following the national and provincial elections.

Cogta minister Nkosazana Dlamini-Zuma said the MEC "understood the importance of the portfolio and carried out its responsibilities with dignity".

"MEC Kegakilwe was passionate about the issues affecting the poor and the most vulnerable section of the population. He was a committed activist who has served the province in various roles before his appointment as the MEC role," she said.

"During his tenure, he played an important role to ensure that his department is able to deliver on its mandate. He was able to lead effective planning [and] coordination and supported the development of habitable integrated human settlements.

"He worked tirelessly to preserve, protect and develop the institution of traditional leadership in the North West province.

"He also contributed greatly not only to ensuring that municipalities fulfil their mandate, but to the efforts to ensure improved delivery of services to communities.

"His contribution will be dearly missed by all of us - and by the people of the North West in particular."

Paul Mashatile self-quarantines, a day after being widowed, after staffer contracts Covid-19

ANC treasurer-general Paul Mashatile has gone into self-quarantine after a member of staff in his office tested positive for Covid-19.
Politics
2 years ago

Described by friends, colleagues and family as a soft soul who got along with everybody, HIV/Aids activist Nomandla Yako died on Sunday night in ...
News
2 years ago

Less than 12 hours after Gcobani Maswana was admitted to a Port Elizabeth hospital after complaining of having difficulty breathing, he died from ...
News
2 years ago