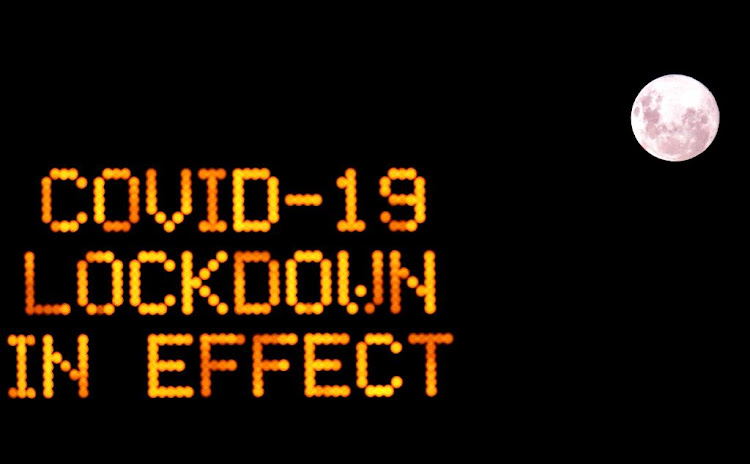 An awareness signboard on the N1 near Plattekloof in Cape Town on April 7 2020. April saw the fewest crashes since Cape Town’s freeway management system was established in 2012.
Image: Esa Alexander/Sunday Times

Cape Town officials are keeping their fingers crossed that Covid-19 road traffic statistics will become “the new norm” after no deaths were recorded on the city’s roads during April.

April saw the fewest crashes since Cape Town’s freeway management system was established in 2012, with only 33 incidents.

In March, before the national lockdown came into effect, there were 223 recorded crashes along the 179km of roads monitored by the system.

According to a City of Cape Town statement released on Tuesday, traffic counts were down by as much as 80% during the lockdown.

On average before the lockdown, the city’s roads were claiming 19 lives a month. In April only 23 minor injuries were recorded.

“Not a single crash involving a pedestrian was recorded, when on average there were 15 pedestrian crashes per month from March 2019 to March 2020,” said the statement.

As limitations on movement eased in May, traffic volumes increased to about 40% of pre-lockdown figures.

In June, traffic was up to about 65% of pre-lockdown levels, which the city attributes to people returning to work under lockdown  level 3.

When vehicles started returning to the roads in May, crashes increased from the 33 recorded in April to 60, resulting in one fatality. Only two crashes involving pedestrians were recorded.

“We all had to and are still adapting to the new normal. Part of this is the requirement to work from home, if possible, and to limit unnecessary trips,” she said.

“Should these changes become the new norm, it will greatly assist with the easing of traffic congestion on our main roads, shorten travelling times and lower carbon emissions. We can also save many lives as an increase in road users often leads to more fatalities, as the above statistics indicate,” she said.

‘Gauteng is ready, we did not request a hard lockdown,’ says provincial government

The Gauteng government said it did not ask national government to allow it to introduce an “intermittent” hard lockdown in the province, but instead ...
News
1 year ago

Hard lockdown considered as cases surge? Here is what Cyril Ramaphosa had to say

President Cyril Ramaphosa says a return to hard lockdown is not being considered yet, due to spiralling job losses
News
1 year ago