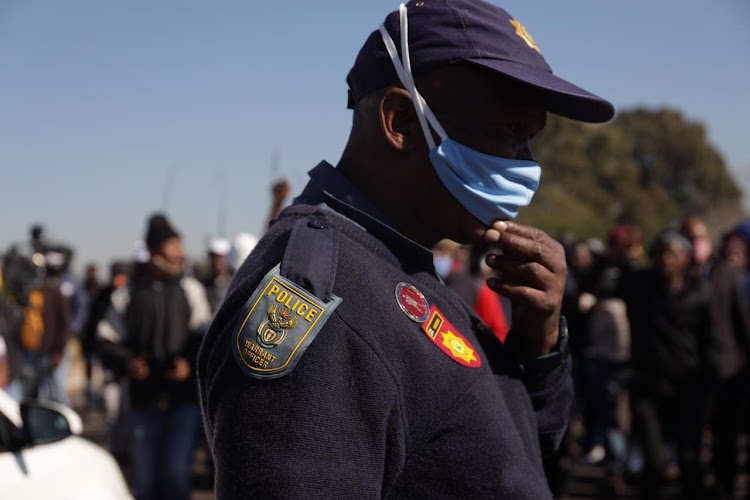 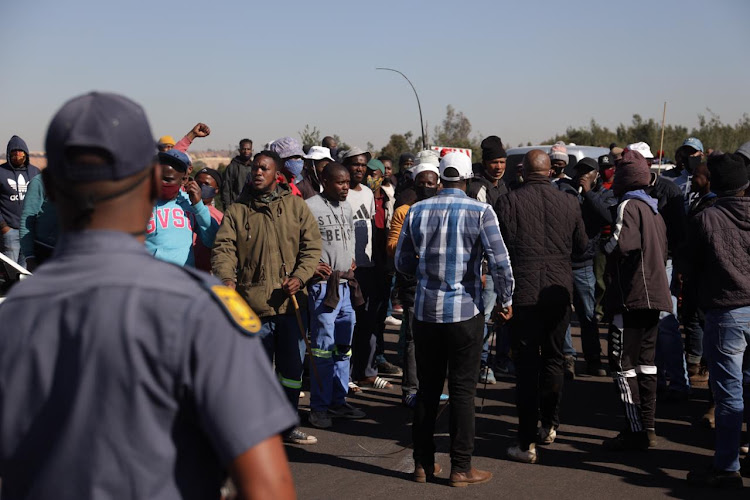 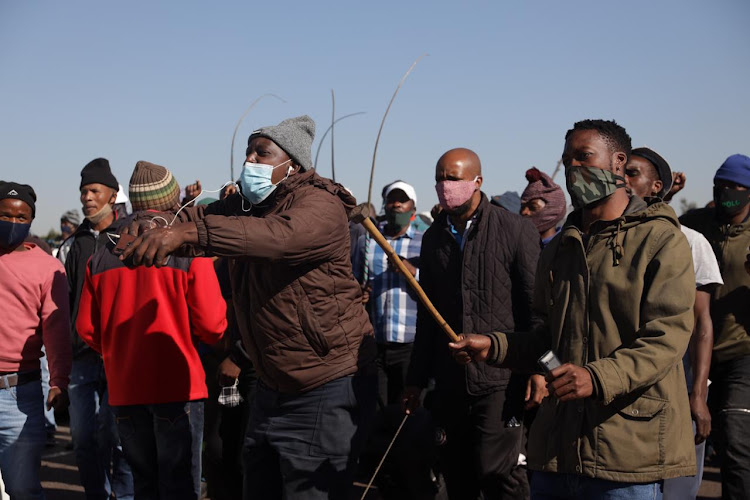 The police will have "zero tolerance" towards any intimidation of truck drivers and other road users during the national truck shutdown.

In a joint statement on Tuesday, the labour department and police said during a sitting between the National Joint Operational Structure (NatJoints), consisting of various government departments in the security cluster, directives were given to law enforcement to ensure that the planned shutdown was policed efficiently.

On Tuesday, dozens of truck drivers gathered in City Deep in Johannesburg as part of a nationwide strike against the employment of foreign drivers.

Johannesburg metro police (JMPD) cleared the M2 highway in Benrose on Tuesday as signs emerged of a planned "shutdown" protest against the employment ...
News
1 year ago

There were also reports of trucks being used to blockade parts of roads in Cape Town and KwaZulu-Natal. Truck drivers said they were “hijacked” on Cape Town’s roads.

"The planned shutdown was preceded by sporadic attacks on trucks on various national roads across all provinces and social media messages calling for the disruption of traffic and attacks on local trucks driven by foreign nationals in the face of high unemployment locally," read the statement.

A virtual meeting was held on Tuesday between these ministers, as well as independent trucking business representatives and the National Truck Drivers Foundation (NTDF). The meeting was convened by the KwaZulu-Natal premier’s office.

Outcomes of the meeting included:

The government condemned the violence in the sector and ensured that it would fast-track all labour and emigration policies.

"The [departments of] employment and labour and home affairs were urged to fast-track the international immigration and labour migration management policy and legal matters, to escalate these matters to cabinet. We will also address some of these matters with our counterparts within the Southern African Development Community (SADC) and the African Union," it said.

The task team called on workers in the road freight industry to air their grievances and stage protests within the confines of the law, as is their right. 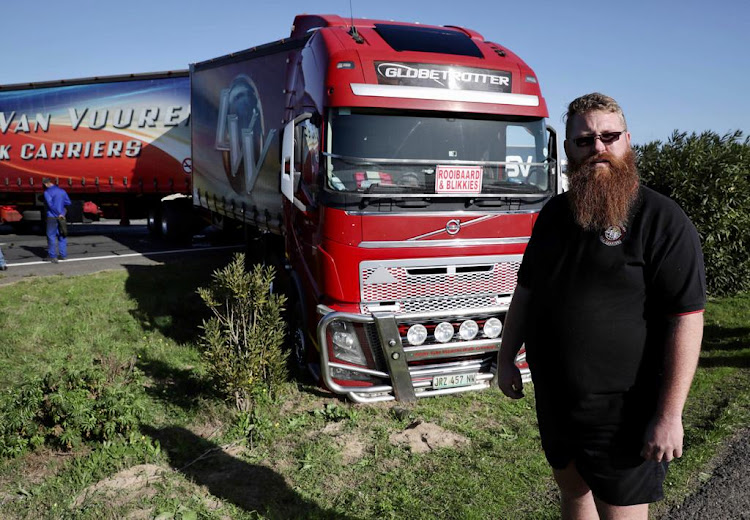 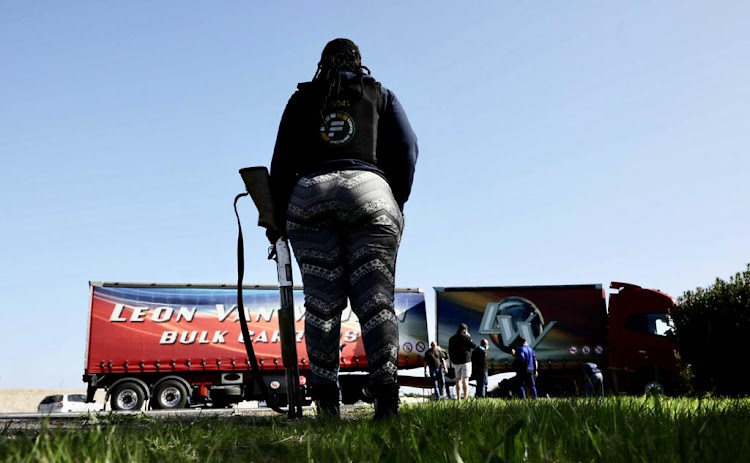 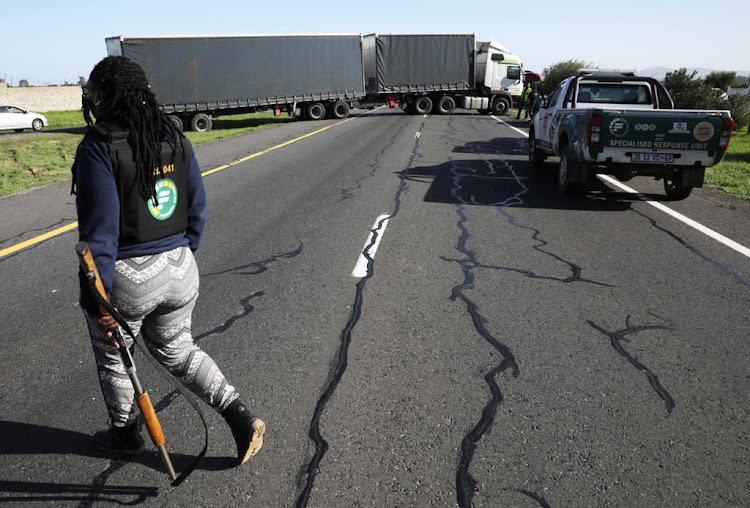 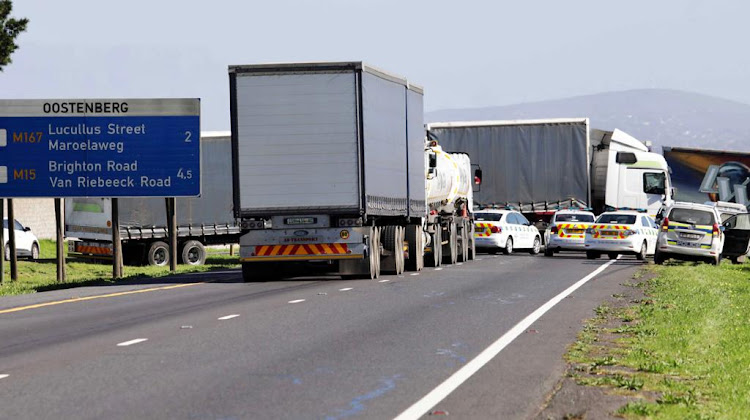 On Tuesday afternoon, the freight truck that driver Casper Smit spends his working days and nights in was parked across the N1 highway towards Cape Town. He said he was forced out of his vehicle at noon after he was approached by a mob of about 30 people.

“I was busy waiting for a freight with my truck and they came here from the highway’s side. I think they are striking, I don’t know. They took me out of the lorry and took my keys and drove the lorry across the highway just across the [Engen] Winelands 1 Stop,” he said.

“They asked whether I heard of the strike today, and I said yes. They said they want my lorry and they took it. It had to be lorry drivers because they know how to drive the lorry.”

He said they stole the truck’s cellphone and his wallet before breaking the key off in the ignition.

Riot police helped to disperse protesters along the N1 highway.

“We have seen this movie all too often before - most recently in September 2019, when attacks against other Africans were widespread. What was different then was that Africa’s patience had run dry with SA,” said Rasool.

“For the first time, we saw SA missions targeted and SA businesses under threat. Even now, some foreign nationals are threatening retaliation should any attacks materialise. This is a terrible scenario if the threats and counter threats are to materialise.”

Rasool called for law enforcement agencies to “act against those who engage in such hate speech and threaten such conflict and lawlessness”.

Blocking the other lanes of the highway next to Smit’s truck was Zimbabwean driver Tendarai Shazinga’s truck, which was also hijacked from him.

Reports surfaced on Monday about a truck being torched and a number of roads in northern KwaZulu-Natal being blockaded as communities took to the ...
News
1 year ago