Weather service warns of 'bitter cold' ... and it could even snow in Namibia 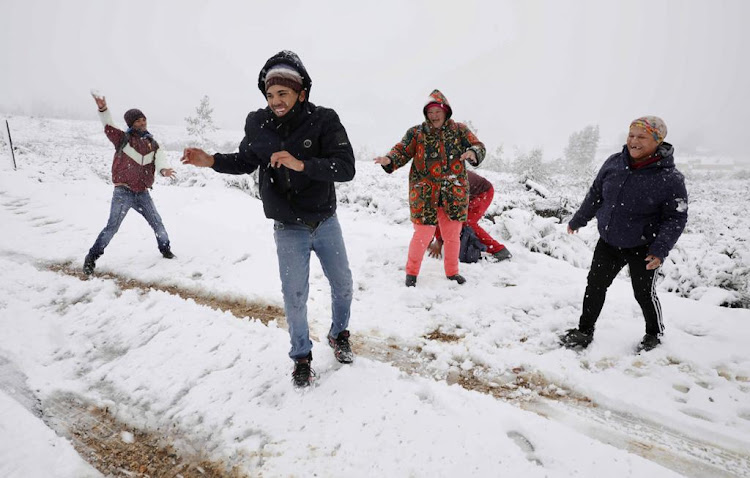 Weather forecasters have warned of snow in six provinces and even in southern Namibia as a double cold front prepares to batter SA.

The first of two  storms is expected to reach Cape Town and the Northern Cape by Thursday morning while the second front will hit on Monday.

The SA Weather Service predicts localised flooding, gales and high seas with waves of between 6m and 8m expected between Hondeklip Bay and Cape Agulhas on Thursday.

A snow forecast model shared by the SA Weather Service showed snow accumulation of up to 2cm in the Sutherland area and northeastern parts of the Eastern Cape at the weekend.

“Residents are reminded to please log any weather-related emergencies and/or impacts to the city’s public emergency communication centre on 021-480-7700 from a cellphone or 107 from a landline,” it said.

“A well-developed cold front is approaching the country from the west, making landfall on Thursday afternoon. “Ahead of the cold front, strong to gale force northwesterly winds of 60-74km/h with gusts up to 100km/h, are expected in places across the provincial interior into the evening.” 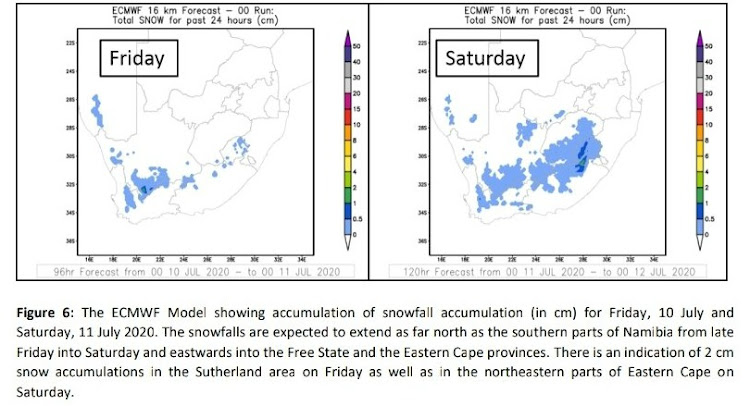 The weather service said localised flooding was possible across Cape Town, the  winelands and the Overberg.

“Very cold conditions will set in over the Western Cape and the southern high grounds of the Northern Cape from Friday, spreading eastward on Saturday,” it said.

A significant drop in temperatures would be experienced throughout the country as the storm passed through and exited along the north coast of KwaZulu-Natal on Sunday, the weather service said.

Snow fell on the high-lying areas surrounding Ceres in the Western Cape. The white capped peaks and snow drew hundreds of visitors on June 11 2020 for some fun, family time and snowball fights.

Rain and chilly weather to hit Western Cape this week

A cold front is expected to hits parts of western and southern SA from Thursday, the SA weather service said.
News
2 years ago

The average dam level in the Western Cape has increased slightly to 45.9% from 45.4% a year ago.
News
2 years ago

Cape Town officials are keeping their fingers crossed that Covid-19 road traffic stats will become “the new norm” after no deaths were recorded on ...
News
2 years ago