'We have to leave the children in their cribs': Doctors share emotional stories of life on the Covid-19 front line 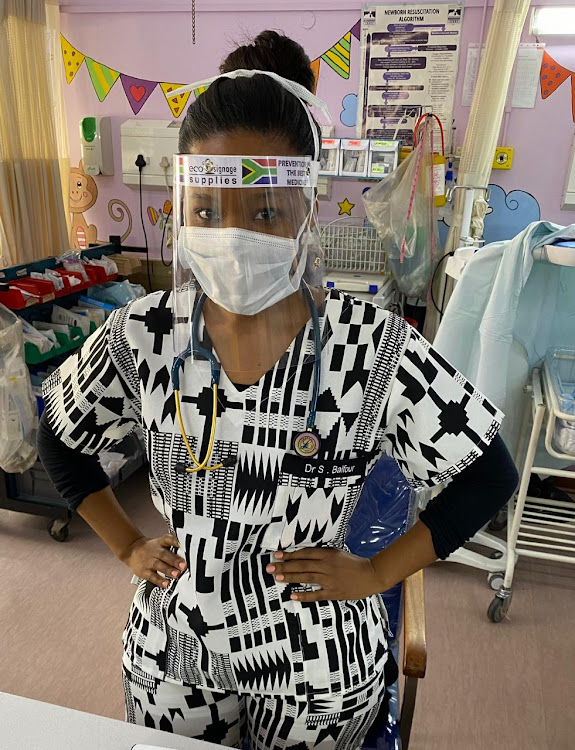 Trainee paediatrician Dr Sanelisiwe Balfour has spoken about the difficulties of treating children in a global pandemic.
Image: Supplied

Doctor Sanelisiwe Balfour is often the bearer of bad news. This week, the paediatrician-in-training at a public hospital in Johannesburg was tasked with telling a mom who brought her daughter to the hospital that she had tested positive for Covid-19.

The woman, whose 12-year-old daughter was in a diabetic coma, mentioned during the regulatory screening process that she had a slight fever and had been coughing. She wasn’t there for herself but rather for her sick daughter.

The mother was tested for the coronavirus while her daughter was being treated by Balfour and other hospital staff.

“I couldn’t be close to this mother. Telling her from a distance in full PPE that she was positive, she looked very shocked and upset, especially when I had to tell her she had to go home and leave her child. She looked anxious, upset, disappointed and sad,” said Balfour.

Balfour, who is in her final year of training and will qualify as a paediatrician later this year, said breaking bad news had become harder during the Covid-19 pandemic because of the added protective equipment they wear and social distancing protocols.

Mothers have come to the hospital bringing their sick children, only to discover that they are positive — which has meant that children in the paediatric ward have been left in the care of doctors and nurses.

In one case, a two-week-old baby was separated from a mother who discovered she had Covid-19 while at the hospital. This mother had to be admitted because she needed oxygen. The baby was later discharged into the care of a family member who was negative.

“Now we can’t do that. We have to leave the children in their cribs, in their beds, in the wards. We can’t have that close proximity we used to have with the kids,” she said.

At her hospital Balfour is typically on call for 26 hours about five or six times a month, but this has increased as more staff have contracted Covid-19.

“When doctors get booked off, it means we have to pick up more shifts. Our shifts are nothing short of 26 hours when we’re on call. It ends up taking a toll on our immune system and our health, then we end up being booked off. It’s just a vicious cycle.”

At Chris Hani Baragwanath Hospital in Soweto, Jamie Colloty has also been picking up more shifts. Colloty, six months into her internship, said she never expected to be on the front line of a global pandemic. 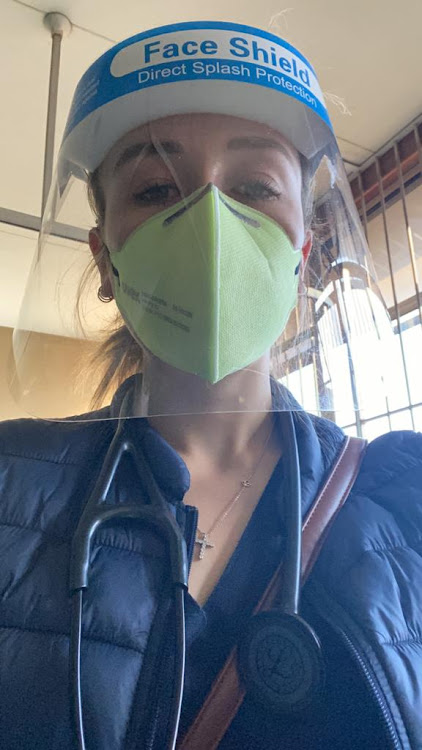 Working in an adult ward with non-Covid patients, Colloty has treated women with TB, pneumonia, heart conditions and strokes. Like Balfour, she is also anxious and burnt out.

Colloty’s unit had eight interns, but now has only four because in the last week a doctor tested positive.

“It affects the care you can give a patient. The higher the patient load, the less amount of time you get with each patient. More time equates to better care, in my opinion. Right now everything is a lot more rushed,” she said.

While Colloty doesn’t work with Covid patients, she is concerned that one of her patients may have the virus or that due to the large number of people at the hospital, someone who is asymptomatic may have “slipped through the cracks”.

“You go into work every day knowing that there is the risk that you are coming into contact with a patient who is Covid-positive and that you just don’t know.

“You keep working and hoping that you’re doing all the necessary things not to get it.”

'Where are these kids?'

Also seeing the impact of the pandemic on her staff is Kevanya Coopoo, head of the paediatric department at the Bheki Mlangeni Hospital in Soweto.

Her department hasn’t treated positive Covid-19 cases yet, but several of the staff have been booked off.

Coopoo said this has been an “emotionally stressful” time for workers, who have been forced to work harder and are suffering from burnout as a result of staff shortages. 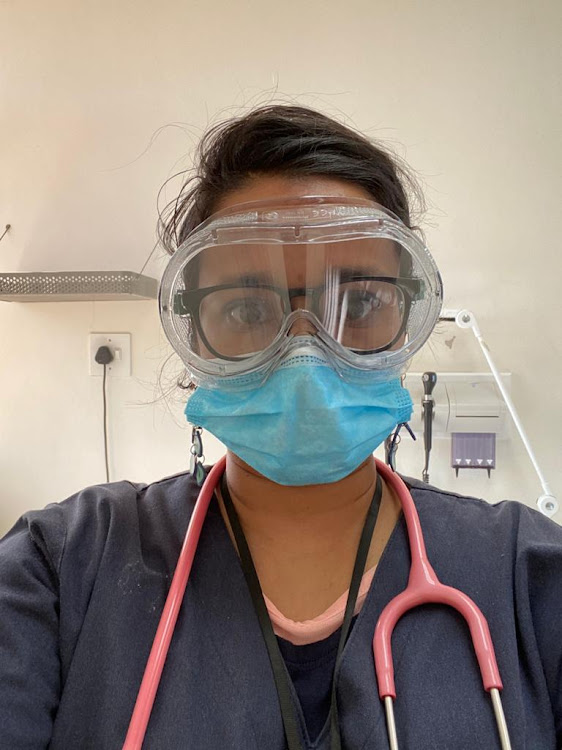 “We’ve had several cases of staff being Covid-positive and it has affected us. With staff being absent, it makes a department short-staffed and it doesn’t run as efficiently. Then you end up borrowing doctors from other departments,” she said.

The ward has 16 beds but has taken up to 25 patients during busy periods. This week it had only two patients: one being treated for an infection and the other for epilepsy.

For Coopoo, who has been a doctor for eight years, this was concerning. She said February to June is usually the busiest time at any paediatric ward in SA, with children commonly getting respiratory tract infections. But this is not the case this year at Bheki Mlangeni.

“My main concern is: where are these kids? The kids that are normally get sick are still getting sick, so are they staying at home because their parents are scared to bring them in. Does that mean they’re dying at home, or when they do eventually come, it’s too late — or they’re going to traditional healers?” said Coopoo.

Another challenge has been the additional PPE they have to wear. Coopoo said it meant children couldn’t identify them, which made an already scary hospital experience even more distressing.

Regulations around visitations also mean that parents are not able to visit their children as often as they normally would. In some hospitals, fathers are not allowed to visit at all, while mothers are permitted to visit for an hour or two to breastfeed. But Coopoo has given fathers some leeway, by letting mothers express breast milk so that fathers can feed their children.

A sense of hope and faith pulled an asthmatic nurse out of ICU, where she was being treated for Covid-19 health complications.
News
1 year ago

With the Covid-19 pandemic set to reach its peak in Gauteng soon, a Johannesburg-based doctor says he fears for his and his family's lives
News
1 year ago

For most Covid-19 positive patients, it usually takes 14 days to recover.
News
1 year ago