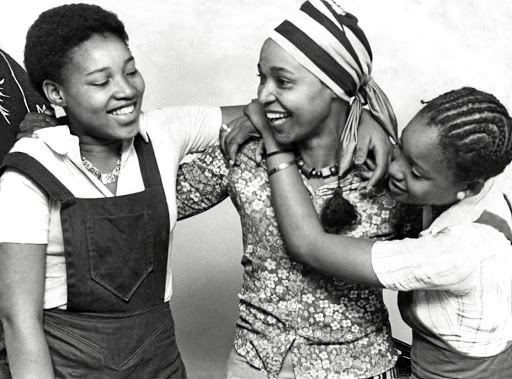 Zindzi Mandela will be remembered as many things, a fearless fighter, a sensitive soul and a heroine.

Zindziswa “Zindzi” Nobutho Mandela died on July 13, in a Johannesburg hospital at the age of 59.

The youngest daughter of Nelson Rolihlahla Mandela and Nomzamo Winnie Madikizela, she was raised in Soweto and educated in SA and Swaziland. She was South Africa’s ambassador to Denmark since 2015 and had been designated to become South Africa’s head of mission in Monrovia, Liberia.

The world first took note of the Mandelas' daughter in 1985 when she read her father’s refusal speech to then prime minister PW Botha, who had offered to release Mandela if he denounced the violence perpetrated by the ANC against the apartheid government. Nelson Mandela Foundation spokesperson Luzuko Koti said when thinking back on her life, the foundation was reminded of that summer’s day in Jabulani Stadium, Soweto.

The foundation also recalled “her own courageous work in underground structures”.

“We will also remember her as a special soul,” Koti said.

Born on December 23 1960 in Soweto, she was just 18 months old when her father was imprisoned and sentenced to life in prison at Robben Island after the conclusion of the Rivonia Trial in 1964. She lived with her mother Winnie Madikizela-Mandela, who in 1977 was banned by the apartheid government to Brandfort in the Free State for eight years. Zindzi was sent to Swaziland, where she finally finished her secondary education, before returning to SA where she completed a BA law degree at the University of Cape Town in 1985.

Relying only on pictures of her father her mother would show her, Zindzi often spoke about growing up without a father, describing him as “mythical”.

In a 2008 interview with Al Jazeera, she recalled meeting him for the first time when she visited him in prison with her mother. “I was 15 when I went, I was nervous, I was aware he was someone important. Every time people heard this is Mandela’s daughter there was some kind of reaction, either negative or people would be afraid or emotional. He was very mythical to me, I couldn’t relate to him as a father. I was very emotional. It was a very strange first meeting,” she said.

The Mandela family are yet to release details of her death but Zindzi’s passing comes on the same day in 1969 that Nelson Mandela’s eldest son, Madiba Thembekile, died in a car accident. Her passing also comes just days before the world celebrates Nelson Mandela’s birth date on July 18.

According to Koti, Mandela’s personal archives boast about Zindzi's strength and the bond the two shared.

In a 1969 letter from prison from Mandela, he wrote that Zindzi’s heart was sore because he was not at home and she asked when he would return. In a second letter to Zindzi in 1987, Mandela told her that he had heard from an acquaintance that she was as strong as a rock.

“That is just the kind of remark a father would like to hear about his beloved child. I literally swelled with pride and satisfaction,” he wrote about Zindzi.

“That remark reached me at the right time, shortly after you had just gone through a rather harrowing experience. Tons and tons of love darling, and a million kisses,” the letter read.

A daughter, sister, mother, grandmother and wife, Zindzi Mandela was also a deep thinker, a diplomat and poet

The mother of four and the youngest daughter of two anti-apartheid icons, Zindzi said she had to work twice as hard to forge her own path.

“It takes a lot for people to see you for yourself, you are never seen for yourself, so you have to work twice as hard to make your own star shine. In a sense you have to guard that type of thinking, I do that with my children. I told them you don’t need any type of exposure until you are merited and it’s on your own steam,” she said in a 2008 television interview.

In the 1980s she was involved in humanitarian activities which included Operation Hunger, was a Trustee of the King Luthuli Transformation Centre for Non-Violence, a managing Trustee of the Nelson Mandela Children’s Fund and a trustee of the Progressive Sport and Recreation Development Trust.

She was a member of the advisory board of Love Life, a contributor as Patron of the Vision In Sight Trust, which led to the formation of the Zindzi Mandela Star of Excellence Award.

The Mandela family is struggling to absorb the death of Zindziswa “Zindzi” Nobutho Mandela, a pastor close to the family said on Monday.
News
1 year ago

She was also a businesswoman. She co-founded the Mandela Legacy Foundation, was the MD of Zee Zee Promotions, a director of Ster-Kinekor, executive director of MHMJ Concepts, president of Mandela-Msomi Trading Enterprise and director of Zendj Holdings.

Zindzi was married twice. From her first marriage to businessman Zwelibanzi Hlongwane she had four children: Zoleka Mandela (1980), Zondwa Mandela (1985), Bambatha Mandela (1989) and Zwelabo Mandela-Hlongwane (1992). In 2013 she remarried, to former South African National Defence Force member Molapi Motlhajwa. The marriage ended after about a year.

The life of the late freedom fighter, diplomat, writer, speaker and cultural advocate was not without controversy. Last year she caused a stir on social media when she spoke on land reform. “Dear Apartheid Apologists, your time is over. You will not rule again. We do not fear you. Finally #TheLandIsOurs,” she tweeted in June last year.

Tributes for Zindzi poured in, with international relations & co-operation minister Naledi Pandor describing her as “a struggle heroine in her own right”.

Zelda la Grange, Madiba’s former personal assistant, took to social media and posted a tribute to Zindzi on social media, saying, “My dearest Zindzi. A sensitive, loving soul. A sister. A shoulder. My heart is broken.”

Carl Niehaus, of behalf of the MK Veterans' Association, said “As we mourn the passing of one of the greatest among us, MKMVA also celebrates a revolutionary life well lived. Comrade Zindzi’s spear has fallen, and as we pause to pick it up, we rededicate ourselves to continue with the struggle until the full liberation of all our people is truly achieved.”

The Nelson Mandela Foundation on Monday afternoon said that Zindziswa 'Zindzi' Mandela will be remembered for a “rich and extraordinary life”, marked by many iconic moments.

“Zindzi was someone we had come to know well and to love. She was our friend,” the foundation said in a statement.

Koti said she had worked on several projects at the foundation over the years, including on the book Hunger for Freedom by Anna Trapido.

“We valued her generosity, her warmth and her sense of humour. She was always patient in responding to our requests for information and other forms of assistance. And we admired her strength in dealing with life’s challenges and tragedies,” he said.

CEO of the foundation Sello Hatang said: “I feel paralysed today. My heart is broken.”

South African film producer Anant Singh said in a heartfelt message that Zindzi was a friend, a sister, an activist and a mentor.

“She was her mother’s daughter, a firebrand who was not afraid to take on the apartheid regime when both Madiba and Winnie were either incarcerated or unable to speak for themselves. Another fearless, shining light of the Mandela Family has left us. We will miss her love, her dignity, her humanity and her care for all those around her,” Singh said.

The movie-maker said Zindzi was always accessible and generous with advice during the production of his film Mandela: Long walk to freedom.

“She, Winnie and Zenani were the first people I spoke to about the idea of Idris Elba playing Madiba. They loved the choice.

“Not only was she a daughter, sister, mother, grandmother and wife, she was also a deep thinker, a diplomat and poet. She had shared poems with me,” Singh said.

In her 2008 television interview, Zindzi spoke about the loneliness and pressure she felt as a result of her upbringing. “I had to believe that one day we’d be free and I had to believe that one day my father would be home and we’d be a family unit, otherwise, nothing else would have kept me going. The ANC actually became my motivation, the struggle became my motivation. That’s all I could hang on to.”

On Monday, the ANC's Pule Mabe said that Zindzi's passing “is a huge loss to her own family, the ANC and all its mass democratic movement formations, as well her big community of friends who came to know her personally. We honour ambassador Zindzi for her personal sacrifices in our struggle to liberate and emancipate the rest of South Africa’s people. [She] expressed her views without fear or favour and was a leader in her own name and right.”

President Cyril Ramaphosa said, “Zindzi Mandela was a household name nationally and internationally, who during our years of struggle brought home the inhumanity of the apartheid system and the unshakeable resolve of our fight for freedom. After our liberation, she became an icon of the task we began of transforming our society and stepping into spaces and opportunities that had been denied to generations of South Africans.

“Her spirit joins Tata Madiba and Mama Winnie in a reunion of leaders to whom we owe our freedom,” said Ramaphosa.