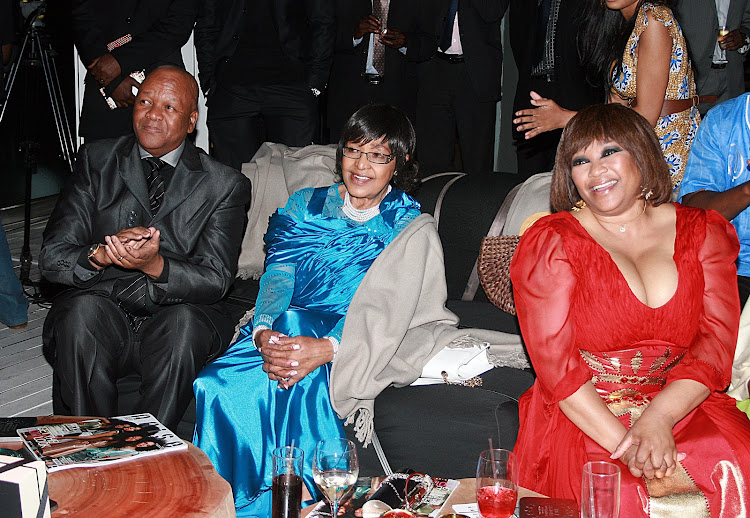 Mandla Mandela has penned a fond farewell to Zindziswa “Zindzi” Mandela, who died at the age of 59 on Monday, revealing personal anecdotes of his relationship with her.

“Death has snatched another member of our family too soon and left a gaping chasm of pain in the wake of her passing,” the Mvezo chief and ANC MP shared on Instagram. “We shall always treasure fond memories of her as a feisty, fearless and proud freedom fighter in her own right.”

The youngest daughter of his grandfather, Nelson Mandela, and Winnie Madikizela-Mandela, he said Zindzi was very close to his father Makgatho Mandela in the wake of her own father's incarceration.

“My father acted as a father figure to her in this difficult time.

“My earliest and fondest childhood recollection of her was my mispronunciation of her name and I called her Zinjisha, much to everyone's amusement.

“I have fond memories of the ride to Brandfort in her purple Beetle to visit Mam Winnie.”

Mandla said Zindzi and his father were also instrumental in arranging his visit to Pollsmoor Prison to meet his grandfather, Madiba, for the first time. “I am eternally indebted as this marked an important milestone in my life and the genesis of my political education at a tender young age.”

Mandla also recalled how “for a long time, she was the only member of the Mandela family residing at 8115 Vilakazi street in Soweto and we shared many fond and treasured memories”.

“Every time I came by, she would teach me how to play a piano in the lounge.”

On the political stage, he praised Zindzi's defiance when she read Madiba's letter in February 1985 at a Soweto rally, organised by the UDF in celebration of Archbishop Desmond Tutu's Nobel Peace Prize award.

She was beautiful, courageous and fearless, said Mandla.

“She cut a colossal figure for someone still in her teens when she defied the authorities and read her father’s refusal of PW Botha's conditional release. Her voice powerfully and courageously carried and conveyed Nelson Mandela’s resolute challenge to dismantle apartheid; unban the ANC; free all political prisoners and those who had been banished; the return of all exiles and to guarantee free political activity.

“This is how we shall fondly remember her and remind ourselves that the long walk to freedom is far from over.”

Zindzi Mandela will be remembered as many things, a fearless fighter, a sensitive soul and a heroine
News
1 year ago

The Mandela family is struggling to absorb the death of Zindziswa “Zindzi” Nobutho Mandela, a pastor close to the family said on Monday.
News
1 year ago