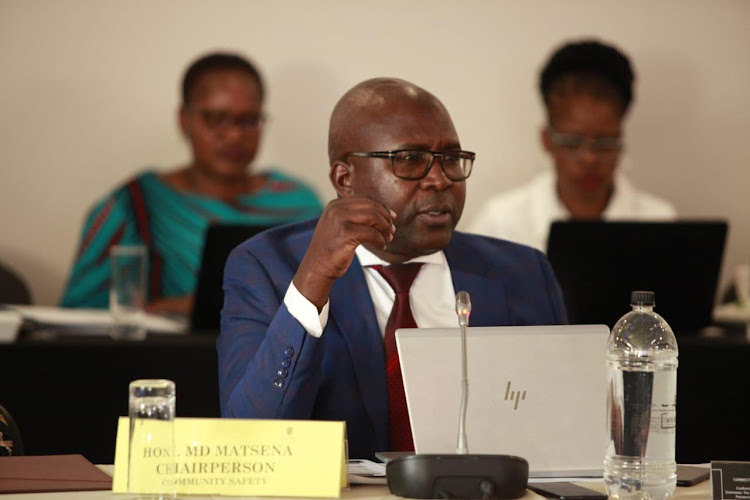 The chairperson of the portfolio committee on community safety in Gauteng, Mapiti Matsena, was stabbed to death in his Pretoria home on Wednesday night.
Image: Provided

The chairperson of the portfolio committee on community safety in Gauteng, Mapiti Matsena, was stabbed to death at his Pretoria home on Wednesday night.

This was confirmed by the speaker of the Gauteng provincial legislature, Ntombi Mekgwe, who said he succumbed to stab wounds after a home invasion.

National police commissioner Gen Khehla John Sitole said Matsena was with his family at home when he was fatally stabbed in the chest.

Preliminary investigations showed that “a lone assailant entered the house and stabbed Mr Matsena while he was in his bedroom”.

At this stage it does not appear that anything was taken.

Sitole assured the Matsena family that the murder is being thoroughly investigated.

“I have tasked the acting provincial commissioner of Gauteng to ensure that this case be investigated by the provincial investigation unit and that critical resources, including crime intelligence and forensic services be mobilised to identify and arrest those responsible,” said Sitole.

Matsena, 54, was a member of the provincial legislature (MPL). He was passionate about the safety of residents, according to co-workers.

“We extend our deepest condolences to his family and thank them for sharing him with us, his friends, political party the ANC and the entire community of Gauteng — which he represented in the legislature and served with distinction,” said Mekgwe.

She said his passing was a great loss to the province as he ensured full accountability.

“His firm stance against gender-based violence gained him popularity among his peers as he never missed an opportunity to campaign against GBV every time he addressed a house sitting,” she said.

The leadership of the International Pentecostal Holiness Church in Zuurbekom — where congregants were held hostage and five people were murdered — ...
News
2 years ago

'Bullets were meant for me': distraught partner of pregnant Eastern Cape woman gunned down in driveway

A man whose heavily pregnant partner was gunned down in cold blood outside their King William's Town home this week believes the bullets were meant ...
News
2 years ago