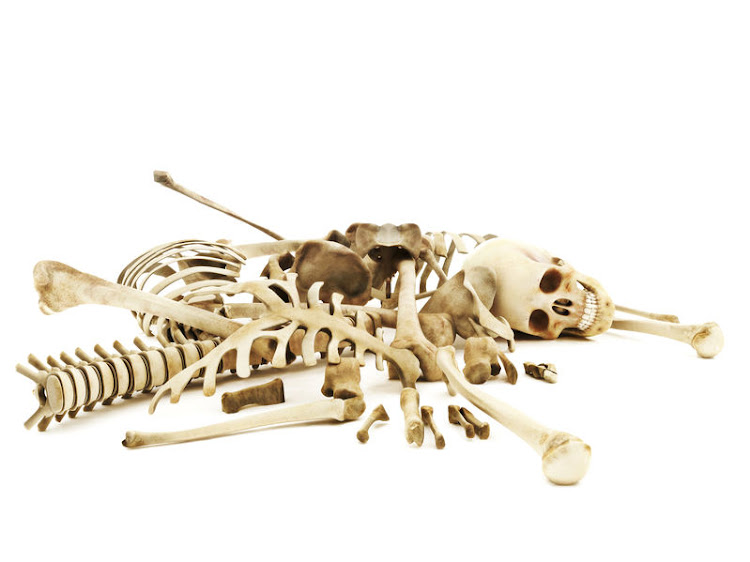 A North West man has been arrested after he was found in possession of human remains. File photo.
Image: Scott Betts / 123rf.com

A North West man is in custody after he was found carrying human remains in his luggage, North West police said on Thursday.

Brigadier Sabata Mokgwabone said the suspect, 28, was arrested on Wednesday in Vryburg, where he told police that the human remains he was carrying were those of his father.

He appeared in the Molopo magistrate’s court on Thursday where he faced charges of violating a grave.

“He was arrested at one of the government offices after police followed up on information that the accused was in possession of human remains,” said Mokgwabone.

“Upon searching the man's luggage, the police found bones inside two bags. The accused informed the police during questioning that the bones were of his late father. He further told the police that he took them after digging up his father’s grave,” said Mokgwabone.

It was not immediately clear what he intended to do with the bones.

Police have since taken the bones for forensic testing.

The suspect remains behind bars. He will return to court on Wednesday.

Child's decomposed body found in bush, believed to be that of kidnapped 2-year-old

Limpopo police have found human remains, believed to be those of a two-year-old child reported missing in February 2020.
News
1 year ago

Homes of suspect and his mother torched after woman's body found

The community of Roodepan in Kimberley is up in arms after the decomposed body of a 31-year-old woman, who had been missing since June 7, was exhumed ...
News
1 year ago