COVID-19 SURVIVORS | ‘You feel like you are drowning in darkness’: former MP and wife beat virus 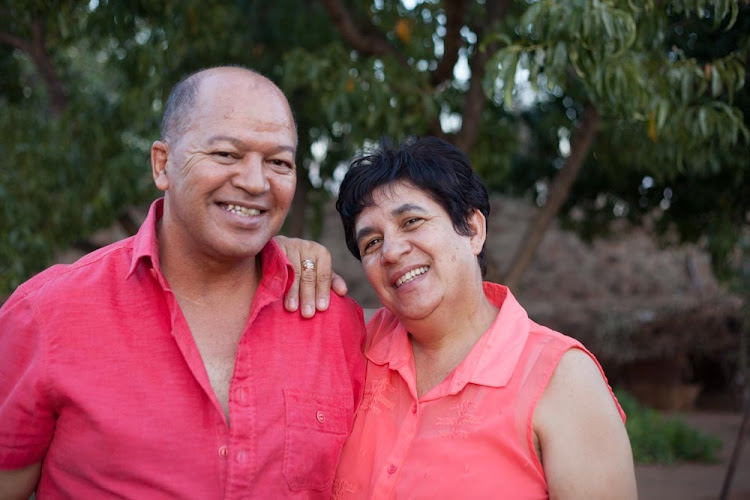 Donald Smiles walked to the bedroom where his wife lay with a fever and read the message from the pathology laboratory.

“I took her hand, held her and told her that her test results came back positive. She took a deep breath. I could see the worry on her face. She told me she expected it,” former DA MP Smiles told TimesLIVE on Monday.

It was the start of what the couple described as an emotional and difficult journey back to good health. “You feel like you can die of tiredness,” Donald said of his symptoms while ill.

Merwida, or “Kinny” as she is known to family and friends, was the first to test positive for Covid-19 in their household in the Eastern Cape on June 28.

Merwida said she started feeling unwell after the family returned from a relative's funeral in Bloemfontein on June 15.

“Three days after returning from the funeral I started coughing and had body aches, but had no fever. I self-medicated myself with flu medicine and isolated.”

A day after Father’s Day her sense of smell and taste started fading and by the Tuesday it was gone. She called a doctor and went for a test on June 24.

“The doctor asked me to continue isolating while I waited for my results. The worst part is waiting for your test results. You are on your nerves and confused, but there’s this hope of the results coming back negative.

“In the meantime I started preparing myself, because I knew when I lost my sense of taste and smell it was Covid-19,” the 63-year-old said.

When the results arrived on June 28, she was in bed with a fever, body aches and a headache “worse than a migraine”.

“I can’t say I was shocked, because I expected it, but deep down I felt so bad because I thought about my husband and children and that I might have infected them.

“I was really worried about my husband because he suffers from high blood pressure, cholesterol and diabetes.”

Merwida said during the isolation time, their bedroom became her “prayer room” where the battle would be won.

“I continued praying and this time really brought me closer to God. When you lie in your bed alone and fight your emotions and the symptoms, you find peace in knowing that God is there. I remained on my knees and prayer carried me through.”

“It is important not to lose hope. Stay strong and don’t be afraid. You are stronger than you think.”
News
1 year ago

Donald and their son Donaldo went to test on June 29.

“I knew I would also have it because I had started showing symptoms on the day she went for a test,” he said. Donald tested positive on July 3. Their son, a teacher in the Northern Cape, was negative. They asked him to move out.

“It was really tough and emotional to ask your son to move out of the house to protect him. He lived with the neighbours while we isolated.”

Donald said he had diarrhoea, headaches and suffered from exhaustion. “In Afrikaans we call it 'dood moeg' and it was extremely overwhelming.

“You are so tired you feel like you are drowning in darkness and you are deep away in thought, but then there is a light from above, or what I will call God’s grace that pulls you out of that darkness.

“It is an experience you don’t wish upon anyone. My wife and I prayed and we told each other we had to make it, because we had to be strong for our children and grandchildren,” Donald said.

The couple have completed 14 days of isolation and were told by their doctor it was unnecessary to get retested.

Merwida said they received tremendous support from friends and family.

“From encouraging messages, to groceries and supplements, to prayer, they carried us through this difficult time.”

Covid-19 survivors | Scars and pain after beating a dread virus

For some, the worst part of testing positive was the possibility that they might never see their loved ones again.
News
1 year ago

'Depression was worse than Covid... and we don't believe in giving up'
News
1 year ago

A cumulative total of 364,328 confirmed Covid-19 cases in SA have been recorded, with 13,449 new cases identified, the health ministry said on Sunday ...
News
1 year ago