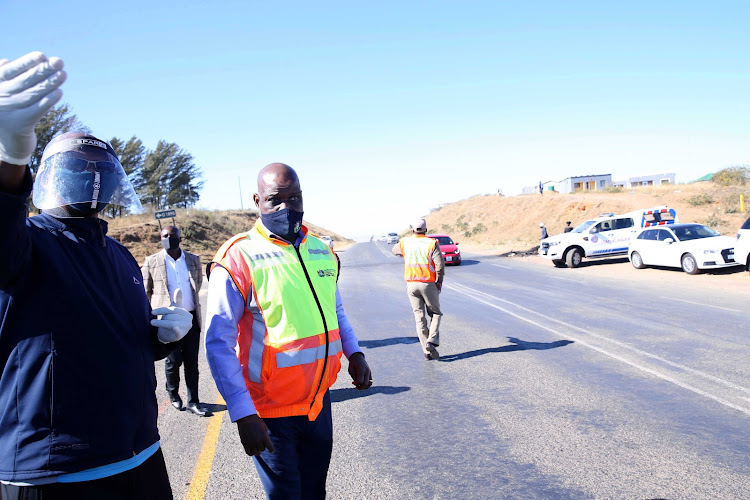 Two girls, aged 12 and 13, died after they were run over by a backup vehicle escorting the KwaNongoma mayor on the R66 in White City on Thursday.

KwaZulu-Natal transport, community safety and liaison MEC Bheki Ntuli has directed his department and the police to institute an urgent investigation into the fatal crash.

The girls, Asanda Ngcobo and Olona Ndebele, were walking along the road when they were hit.

“Immediately after receiving news about the accident, MEC Ntuli directed the department and the police to institute an urgent investigation into the fatal crash. He also committed to constructing speed humps along the road on which the accident happened.

“According to eyewitnesses, the vehicle was travelling at an excessive speed when it hit and killed the two girls,” the transport department said in a statement.

During a visit to the girls' families, Ntuli vowed that tough action would be taken if investigations reveal the driver was reckless or negligent.

“Police are investigating cases of culpable homicide and negligent driving. Our investigation will probe the allegations of excessive speeding and the driver’s condition at the time of the accident because this is a residential area and extra caution ought to have been taken. There is no-one who is above the law. Members of the protection service must also adhere to the laws of our country, including the Road Traffic Act.

“The forensic investigation must be expedited so the affected families can find closure. Through this accident, the future of the two girls has been shuttered and their families have lost future breadwinners and future professionals. The devastating effect of this accident is deeper for the affected families and community of KwaNongoma. On behalf of the provincial government, we wish to send our deepest condolences to the families of the two girls,” said Ntuli.

“Those responsible must face the full might of the law,” Hoosen said. “The DA calls on Ntuli to ensure this is treated as a high-level, independent investigation to ensure justice for the two families. The MEC cannot allow the outcome of this probe to become a cover up. Nor will a slap on the wrist suffice,” she said.

A 10-year-old boy was airlifted to a nearby hospital on Sunday afternoon following an accident at a motocross track in Sasolburg in the Free State.
News
1 year ago

Woman seriously hurt after crashing her car through a wall

A motorist crashed through a boundary wall in Jukskei Park, Johannesburg, on Thursday night, with paramedics alerted just after lockdown curfew
News
1 year ago