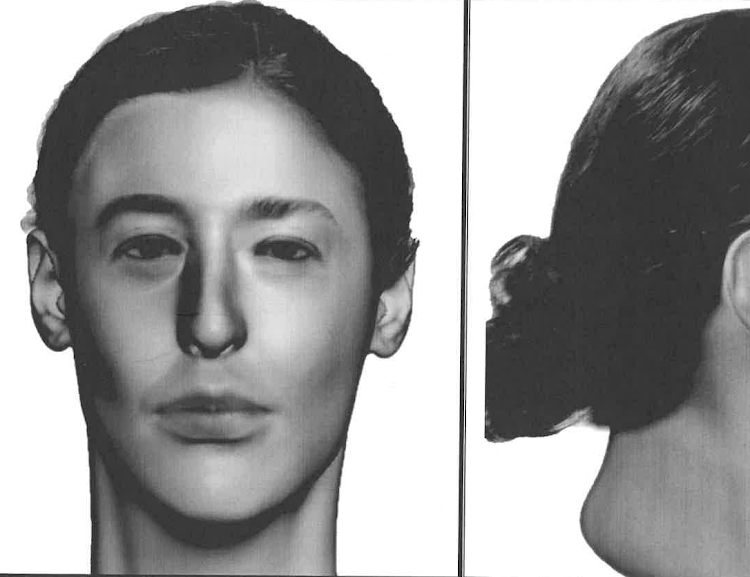 Police have asked for help to identify this person after finding a human skull in a black plastic bag. They believe the person was a white, female teenager.
Image: SAPS

Gordon's Bay police have released a digital reconstruction of the person whose skull was found in a black bag at the Kogel Bay campsite in the Western Cape.

Police have requested the public’s help in identifying the person, who they believe was a white woman aged between 15 and 19 years. The skull was found on March 7 2019.

“Gordon's Bay police are seeking the assistance of the public to identify the person in the police identikit,” said police spokesperson Col Andrè Traut. “The skull of a female was discovered at the campsite close to the R44,” he said.

The site features pristine and exclusive beaches with mountain backdrops, and is a favourite for city residents and students.

“With the assistance of our criminal records centre, a sketch was compiled to help with possible recognition of the victim. The postmortem indicated the victim is a white female,” said Traut.

Traut said if anyone recognised the person depicted in the sketch, they should contact Const Candice Pedro from the Gordon's Bay police on 061 748 3932 or Crime Stop on 08600 10111.

South Africa has a huge number of unsolved and open missing person cases at any given time.
News
1 year ago

Child's decomposed body found in bush, believed to be that of kidnapped 2-year-old

Limpopo police have found human remains, believed to be those of a two-year-old child reported missing in February 2020.
News
1 year ago

A KwaZulu-Natal detective has been tasked with investigating if the murders of three women in Mtwalume on the south coast are the work of one killer.
News
1 year ago

Police divers are still searching for a girl and a man who were swept away in a Cape Town canal.
News
1 year ago