It could take months to restore power due to illegal connections, says Eskom 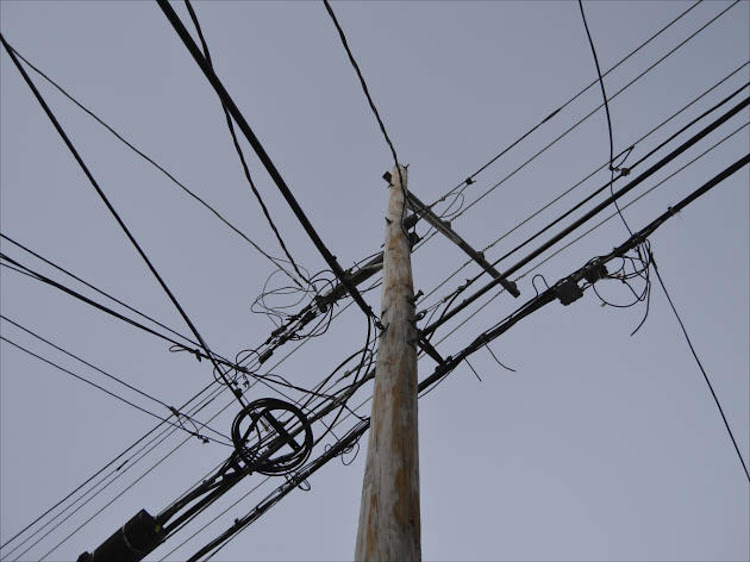 Eskom is taking a hard line on illegal connections, meter tampering and other forms of electricity theft.
Image: File

Power utility Eskom on Tuesday issued a stern warning to Gauteng residents who are illegally connecting to the network, saying if power was cut the restoration could take up to three months.

This is as the utility said it would first have to complete audits of failed equipment before they are replaced - and the process could take months.

The warning was issued in the utility’s newsletter for distribution customers.

Eskom said there had been growing illegal connections overloading the network, triggering their latest warning.

“With the increased number of communities across Gauteng bypassing their meters and illegally connecting themselves to the network, there has been a rise in the vandalism of pole-mounted transformers and mini-substations, which lead to network overloading and subsequently fail and explode as their protections have been interfered with,” it said.

Eskom CEO Andre De Ruyter says the current round of rolling blackouts will ease this week, but the power utility has conceded that load-shedding will ...
News
1 year ago

“Due to the backlog caused by the high equipment failure, resource constraints coupled with community resistance, it may take up to three months to repair and restore supply after the full audit process is completed.

The utility said before a transformer could be fixed or replaced after overloading, it would follow a strict process of electricity audits to avoid a repeat of damage to the equipment and network. The process was expected to be implemented as follows:

The utility added that non-buying of electricity resulted in revenue losses and increased energy and operational costs.

Customers were urged to make use of safe, legal electricity to ensure sustainability to the utility.

Eskom suspended operations in Khayelitsha, Cape Town, on Monday after a vehicle was stoned and set alight following a weekend of violent protests ...
News
1 year ago

IN PICS | Violent protests over electricity spread through Durban township

A power struggle over the provision of electricity to hundreds of shack dwellers in Lamontville, south of Durban, saw parts of the township blockaded ...
News
1 year ago

Girl electrocuted, sister injured while playing with friends in field

A playdate of young children in an open field in Grabouw, Western Cape, ended in tragedy over the weekend with the fatal electrocution of an ...
News
1 year ago