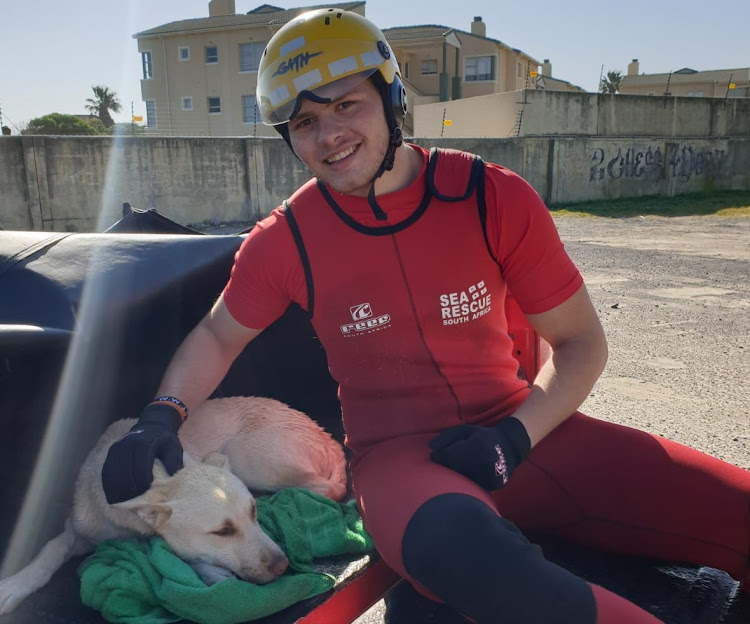 Rescue swimmer Kyle Burns with the dog he saved from rocks in False Bay on Wednesday.
Image: NSRI

A rescue swimmer who saved a dog trapped on a rock in Cape Town on Wednesday may end up adopting the animal.

Kyle Burns of the National Sea Rescue Institute (NSRI) said if no one claimed the mixed-breed dog, he would speak to his parents about giving it a home with them.

The alarm was raised when a couple walking on the shoreline at Harmony Park Resort, between Gordon's Bay and Strand on the False Bay coastline, saw the dog on the rock.

The man waded out to the dog, said NSRI spokesperson Craig Lambinon, but it began to bark at him and refused to let him approach. 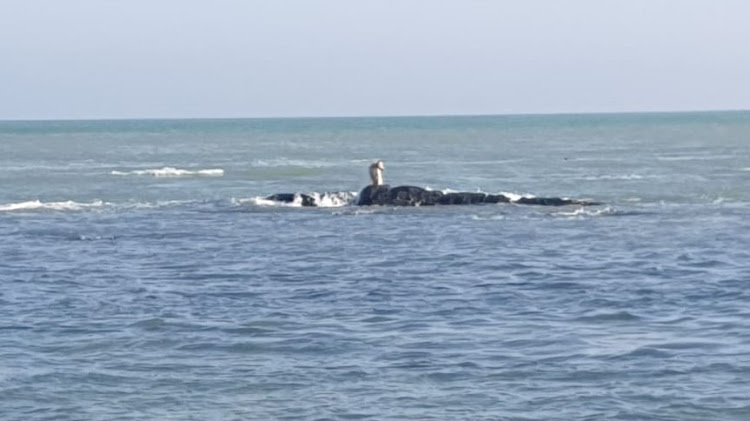 The dog stranded on rocks 30m offshore in False Bay on Wednesday before it was rescued.
Image: National Sea Rescue Institute

When Burns reached the rock, he swam to the sea side of it, hoping that if the dog leapt off it would swim to shore.

"He approached the dog with a calm demeanour and some soothing words, and the dog appeared to settle down," said Lambinon.

"Kyle sat on the rock and had a quiet chat to the dog, explaining to it that they would be better on the mainland."

With the dog calm, Burns placed a towel over its head, picked it up and carried it to the mainland. The animal is being cared for at Gordon's Bay Animal Welfare.

An inquest has been opened into the death of a woman, after her body was found floating in the water outside Kalk Bay harbour, Cape Town.
News
1 year ago

Body of man found in submerged car in Hartbeespoort Dam

The body of a man was found in a submerged car in the Hartbeespoort Dam in North West on Tuesday.
News
1 year ago