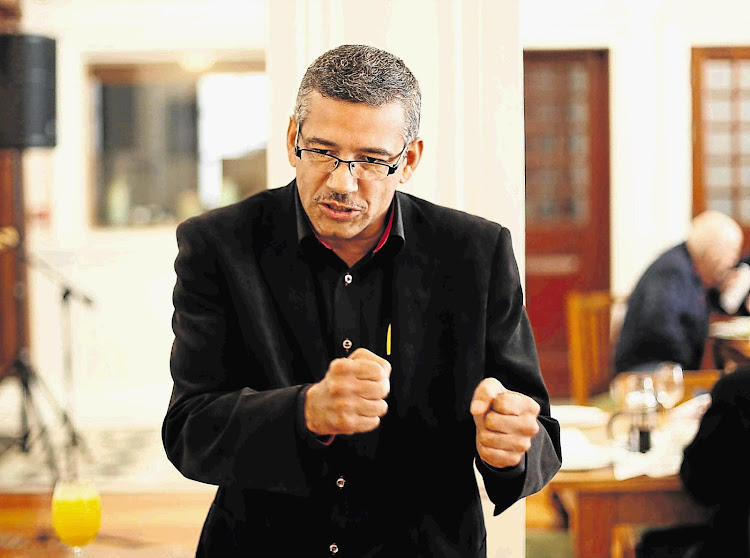 Tony Ehrenreich has apologised for the statement he made about the SA Jewish Board of Deputies. The SA Human Rights Commission found the statement constituted hate speech.
Image: ESA ALEXANDER

The SA Human Rights Commission (SAHRC) has welcomed former Cosatu Western Cape leader Tony Ehrenreich’s apology to the SA Jewish Board of Deputies (SAJBD) for a statement made on social media in 2014.

After investigating a complaint against Ehrenreich, the commission had found that the statement he penned demonstrated a “clear intention” to promote hatred of the members of the SAJBD.

“The commission takes this opportunity to thank the parties concerned for the constructive manner in which they engaged through this investigation. and urges all South Africans, in the interests of social cohesion and nation building, to take the time to consider their utterances, whether on social or other media," the SAHRC said in a statement.

"The potential consequences of speech which is either irresponsibly made or deliberately designed to bring about a particular perception are extremely negative, especially in a society as traumatised as South Africa.”

When apologising, Ehrenreich said: “After due consideration of the findings and recommendations of the SAHRC, I have come to the conclusion that in the interest of promoting national unity and setting a good example, it would be appropriate to tender an apology for my statements on Facebook on August 13 2014. While it was never my intention to promote violence, I understand how my statement can be construed to promote violence in this context.

"I further apologise to the Jewish Community and all South Africans for the rash statements I made in relation to an 'eye for an eye'. I commit myself to a more thoughtful and considered approach to my statements and utterances in future.”

The SAHRC urged leaders to exercise “responsible and constructive” use of social media.

“Words have immense power and have shown their propensity for the either positive or negative power to influence throughout history.”