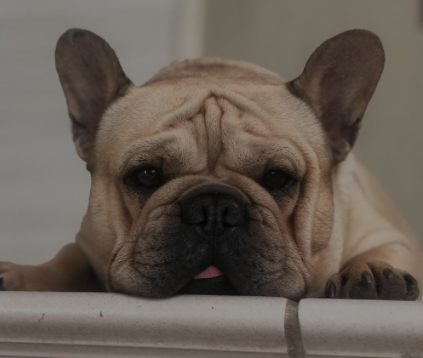 The carcass of French Bulldog Harvey was found on Friday afternoon.
Image: Supplied

The #BringHarveyHome campaign has confirmed that the carcass of missing French Bulldog Harvey was found on Friday afternoon.

After he went missing in Northcliff, Johannesburg, on July 12, Harvey's owner, Roxy Ferreira, launched a huge search campaign for her beloved pooch that resulted in newspaper ads being placed, radio interviews, search parties in the area and thousands of shares on social media.

On Friday, however, the #BringHarveyHome campaign announced on Facebook that the dog who had touched so many hearts had “crossed the rainbow bridge”.

“It is with shattered hearts that we confirm that Harvey's body was found this afternoon. There are a multitude of questions and no answers. A beautiful, pure, gentle, shining light has left us. And we are all grappling with this.

“On behalf of Roxy, Dimitri, Pepper and the family, 'THANK YOU' can never, ever express our gratitude for your love, your kindness, and your commitment to Harvey. It has been exceptional. If ever there has been a testament to the POWER OF LOVE IN ACTION, this has been it. You came together, from all walks of life, to rally and #BringHarveyHome.

“We were true on our promise to #NeverGiveUp. But we did not get the outcome that we all prayed, hoped and searched for. We are trying hard to come to terms with this,” the post read.

It thanked all who had been involved in the search effort.

“HARVEY — we will never, ever forget you. Many of us never had the chance to meet you but you reached into our busy lives, and into our hearts, and you connected us all,” it added.

A devastated Ferreira said earlier this week that it felt like her child had been taken from her.

Harvey was adopted last year from what Ferreira described as “not great circumstances”, and she said he hadn't left her side since.

How Harvey, the missing French Bulldog, has thousands searching for him

"He is my shadow. I can't imagine a life without him. I will never give up hope."
Lifestyle
1 year ago

Forty-five puppies have died due to a parvovirus outbreak at the SAPS K9 Academy for dog training and breeding in Gauteng.
News
1 year ago