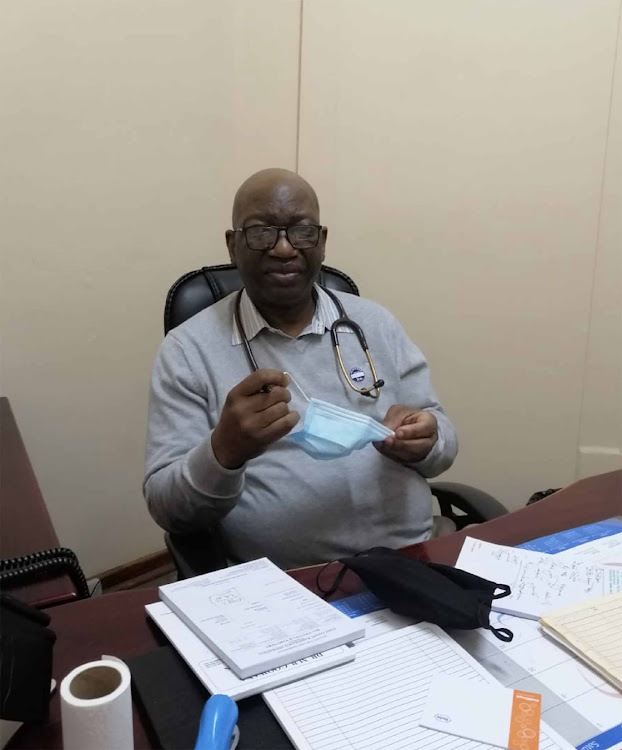 If the Eastern Cape is to weather the coronavirus  storm and save as many lives as possible while the province battles the  peak of the pandemic, ambulances will play an even more crucial role and will have to be amply supplied with oxygen to treat and transport patients, especially in rural areas.

That is the proposal by former health MEC Dr Bevan Goqwana, who is acting as a consultant to the provincial health department in its fight against Covid-19.

“The lack of oxygen in the province is a critical situation,” he said.

Eastern Cape premier Oscar Mabuyane last week described the fact that the province’s oxygen was stored in Nelson Mandela Bay as “untenable”, and said there were plans to establish bulk oxygen banks in all 19 district hospitals.

One of Goqwana’s major concerns about the provision of oxygen is that it needs to reach rural areas, where some people are still not adhering to lockdown regulations despite the increasing Covid-19 numbers.

“Unfortunately funerals in these areas are usually still not held according to regulations. People either don’t know or they don’t care. They have continued with their culture's way of doing things,” he said.

“Many patients develop complications and these are usually related to lung problems. There is an argument that you don’t have to ventilate these patients because of something called adult respiratory distress syndrome, where there is a lot of protein in the alveoli of the lungs and this does not allow the oxygen in.

“But there is also an argument that the coronavirus causes microthrombi, that is small clots around the vessels that are supposed to pick up the oxygen from the lungs. If that is the case, the most important thing is for the patient to have oxygen.

“You only ventilate patients as a last resort. If you ventilate them when it is not protein in the alveoli but the blood vessel with the thrombi, people feel you are making the situation worse. You are actually improving the condition of patients if you give them oxygen. You must have oxygen at all the institutions if possible, but we can’t do it all over the place,” he said.

Given that the province’s medical oxygen supplies are only stored in Port Elizabeth, Goqwana said the health department was expediting an audit of oxygen points in the province.

“What we have suggested is that if there are areas that don’t have oxygen, as soon as a patient arrives with shortness of breath we should have emergency ambulances that transport oxygen to the furthest parts of the province.

“You should be able to say that if there is no oxygen at Lusikisiki, let’s get that patient into an ambulance that does have oxygen and take that patient to the nearest place with  oxygen.”

An apparent jump of 400 Covid-19 deaths in a single day in the Eastern Cape this week has sparked finger-pointing as scapegoats are sought for the ...
News
2 years ago

He said such a programme was clearly dependent on finances.

Goqwana said now that the weather was improving and temperatures were registering above 24°C, it would make it harder for the virus to spread.

“But we had a cold weekend last weekend, and that would have caused a lot of people to become infected. We are going to be getting a lot of infected people. It is not surprising that we’ve had a lot of people infected in the Eastern Cape because we were in the middle of winter.”

Asked whether there were plans to source oxygen from outside the province, Goqwana said he had been told such plans were in motion.

Provincial health spokesperson Siyanda Manana said availability of oxygen in ambulances was part of the standard of care.

“All ambulance have to carry a cylinder of oxygen at all times in case there are critical patients. It is not something new that came about because of Covid-19, but rather a standard part of the equipment and supplies that should be in an ambulance,” he said.

He said the directive from health MEC Sindiswa Gomba was that all hospitals should have large oxygen tanks on their premises.

“The discussion is with the company that supplies the oxygen, and the company has indicated it would be possible to do it. Health minister Zweli Mkhize emphasised that issue during his visit (to Port Elizabeth) last week. Hospitals have also been instructed to have oxygenated beds, which is demonstrative of the importance we attach to the issue of oxygen in hospitals,” Manana said.

“The department believes the availability of oxygen is critical, especially when we have to deal with patients who suffer from respiratory distress, which is one of the factors causing the death of Covid-19 patients.”

She said the oxygen problem, “which is so simple yet seemingly so complex for the province to resolve”, should be sorted out without delay.

According to Gwarube, the provincial health department should be placed under administration and an operational team, not a political one, put in place to “run things as you would in an emergency situation, so you almost emulate in a very reduced fashion the functions of the department”.

Anti-corruption investigators are probing a sickening slew of allegations that unscrupulous officials and businesses benefited from billions meant to ...
News
2 years ago

Though the question of whether the Eastern Cape health department should be placed under administration has come up in parliament, health minister ...
Politics
2 years ago