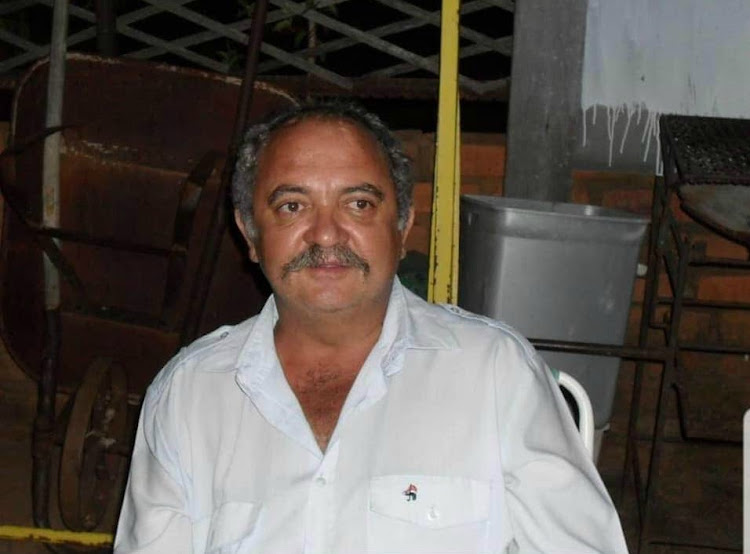 Trucker Jan Stickling was killed on the N11, 20km out of Ermelo, Mpumalanga, on Friday evening.
Image: Supplied

A long-haul trucker was on his way home to his wife in Memel, in the Free State, when his vehicle got a puncture.

He was forced to pull over to the side of the road, some 20km from Ermelo, Mpumalanga. It was here — on the side of the N11 from Amersfoort just before 7pm on Friday — that he would be brutally killed.

Jan Stickling, 58, who worked at KRM Plastics, was making his way home with an empty load when the incident took place. He had just finished offloading a delivery of polythene water tanks to eMalahleni after a trip to the company's factory in Newcastle, KwaZulu-Natal.

Lindi Kluge, speaking on behalf of the company, said workers and drivers at the factory in KZN were in shock after the brutal death of their colleague. Some truck drivers were too scared to drive in the area the following day.

Stickling had worked at the company since 2012 and was described as friendly and always willing to help.

Firefighters were petrol bombed and their vehicles stoned three times in two days while responding to emergencies in neighbourhoods gripped by ...
News
1 year ago

Kluge said that just after 6pm her husband Ernest, the owner of the business, received a call from Stickling to say that he was fetching a new tyre when two men walked past and stole the jack.

Ernest then sent a colleague in the area to bring Stickling a new jack so he could effect the repair and get back on his way.

According to Mpumalanga police spokesperson Brig Leonard Hlathi, observations from the scene indicate that Stickling was busy unscrewing bolts from the rim of the wheel around 7pm when he was struck on the back of the head and fell to the ground.

He was then assaulted and killed by an unknown group of people with “sharp objects”.

“Our employee arrived to a horrible scene. The poor man had to see it. The factory — everyone is in shock. You never think it will happen to someone you know.

“Poor Jan was just trying to get back home.”

Kluge said the killers took batteries from the truck. They also made off with Stickling's shoes and glasses. The truck's keys and a cellphone cannot be located.

She said his wife Rina was still waiting for the autopsy to be finalised before a memorial would be announced.

Hlathi said they had no suspects for the murder.

The police will have "zero tolerance" towards any intimidation of truck drivers and other road users during the national truck shutdown.
News
1 year ago

One dead, another critical after N2 truck accident near Tongaat

One person has died and another been left in a critical condition after a truck accident on the N2, north of Durban, on Thursday
News
1 year ago