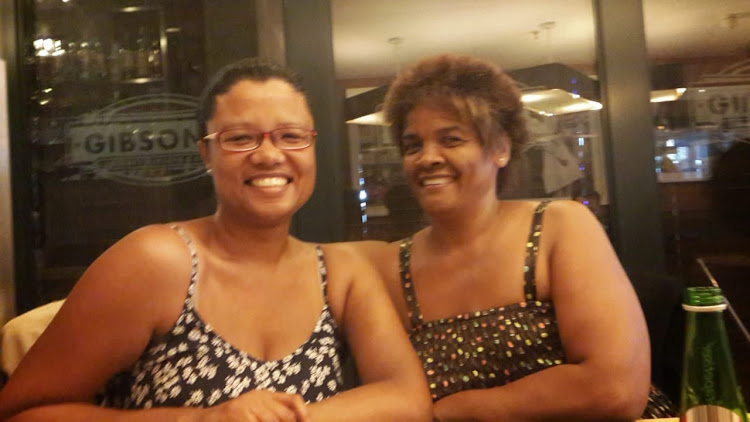 It’s been exactly seven months since a fatal shooting in Melville, Johannesburg — and the victims are struggling to move on.

The incident claimed the lives of two women, while six other patrons were wounded and hospitalised.

Desiree Johnson's sister Liana Peterson was one of those killed when shots were fired indiscriminately at patrons shortly after 1am on New Year's Day at Poppy's Restaurant.

“Everyone moves on emotionally in their own time. We are coping, but it is still very emotional to talk about Liana. The family is not coping well and it was a shock for us when she was killed,” Johnson told TimesLIVE this week.

“When you look at pictures of her or get flashbacks, you still can’t believe that she is gone.”

It was a bloody start to 2020 as two women were killed and six people injured in a drive-by shooting in Melville, Johannesburg, in the early hours of New Year's Day. CCTV captured the incident.

Five members of a suspected kidnapping syndicate possibly linked to the Melville drive-by shooting on New Year's Day were apprehended on Thursday.
News
2 years ago

Foreign military uniforms and several firearms, including rifles and pistols — some of which were buried in the garden — were recovered. On Sunday afternoon, police arrested four more people, including a woman, who are allegedly linked to the kidnapping syndicate.

The syndicate is suspected of being involved with other organised crime gangs linked to kidnappings around the country.

However, police have since downplayed the allegations that the suspects were linked to the Melville shooting.

Police spokesperson Brig Vish Naidoo said detectives were only investigating the nine in regards to the kidnapping and illegal possession of firearms and ammunition.

On Friday morning, police minister Bheki Cele will release the annual crime statistics, reflecting crimes that occurred from the April 2019 to the end of March 2020.

But as the numbers are read out, the Melville shooting victims say they feel been let down by the SA police.

“When Liana was shot, the police didn’t even phone our mother, Doreen. Neither have we received any form of update on the case. We found links of articles online about arrests being made. Just the other day my brother was telling me how my mother was crying while looking at picture of Liana,” said Johnson.

Two women were killed and six others wounded in the Melville shooting.
Image: Jamaine Krige/AFP

Petersen’s 11-year-old daughter, who witnessed her mother take her last breaths, has since been taken in by her father. Johnson said she was attending school in Johannesburg.

“For that I salute him [the father] because it was not an easy to do — because you know a daughter always looks for her mother.”

Johnson said all the family was hoping for was that the culprits would be arrested and brought to book.

Whenever the stuff comes up, it wrecks your whole day - you get tense and struggle to concentrate on stuff.

A second victim, Campbell Easton, who was shot in the leg, said it took his wound three months to heal “reasonably well”.

“It still twinges every now and then, and I went on a hike a couple weeks ago and it is still stiff,” he said.

But it was the psychological side that was more difficult to deal with.

“Post-traumatic stress is much more significant. Whenever the stuff comes up, it wrecks your whole day — you get tense and struggle to concentrate on stuff,” he said.

Easton said the police had also not given him an update on the case.

” I get that these things are big and complicated, but I feel that we have been let down by everyone. There is a complete sense that everyone is forgotten,” he said.

“It feels like this thing never ended and everyone just forgot about it. If the cops actually arrested these guys, I will be unbelievably impressed and give them credit where it is due, but right now it feels like they have just completely forgotten about this thing.”

Police are reluctant to divulge details following the rescue operation of a kidnapped foreign businessman in an early-morning raid in Johannesburg ...
News
2 years ago

Police minister, Bheki Cele said though there had been no arrests made regarding the Melville New Year’s Eve shooting, there have been promising ...
News
2 years ago

Police in Gauteng are offering cash rewards for information that could lead to the arrest and successful prosecution of the perpetrator or ...
News
2 years ago