Dr Saadiq Kariem, the chief of operations of the Western Cape department of health, says hospitals will be able to cope with the upswing in trauma cases caused by traffic accidents if alcohol was allowed to be sold again. File photo
Image: 123rf.com /Joshua Resnick

“We can cope with the Covid-19 workload, the pandemic and with the upswing in trauma.”

There are the words of Dr Saadiq Kariem, the chief of operations for the Western Cape department of health, who supports the province's premier Alan Winde's plea for the lifting of the liquor ban.

According to Winde, the province has flattened the infections curve and has passed its Covid-19 peak. However, the second “pandemic” — unemployment — was gaining momentum in the province.

“We have sufficient beds in our system to deal with Covid-19 and with that in mind, we also know then that our hospital system sitting at 69% capacity gives us the opportunity to now push for the opening of the economy,” said Winde.

Winde said the aim, as a provincial government, was to save jobs.

“We understand that alcohol-related harms do put pressure on our hospital system. We are also confident that we have sufficient capacity. We have, in the past, already put systems in place to deal with alcohol harms and trauma-related harms.” 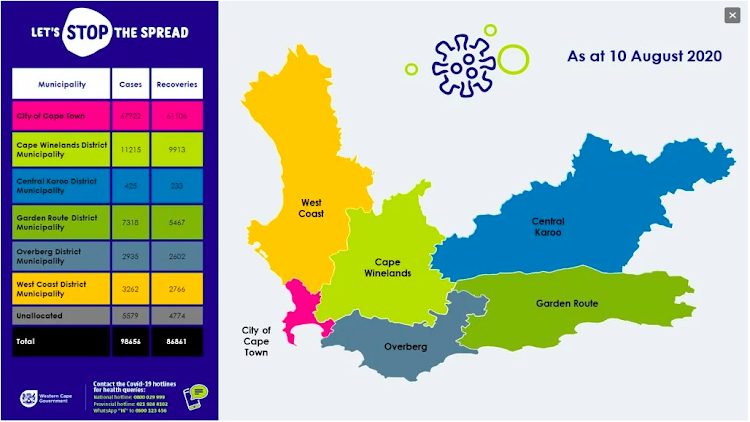 Speaking on CapeTalk, Kariem said the evidence that the province was ready to lift the ban was in the Covid-19 infection numbers.

According to Kariem, Western Cape hospitals, both public and private, have 1,191 Covid-19 patients. Of these, 933 are in the general wards and the rest are in high and intensive care.

“Our capacity at the moment is 69%," said Kariem. “We are coming off our peak already and our numbers are going down.”

Kariem said Winde was expected to making a presentation to the national coronavirus command council (NCCC) this week and an answer from the cabinet was expected later in the week.

He said the provincial government was aware that lifting the alcohol ban in the Western Cape could see more people come to the province under false pretences.

“We will have a task team that reduces alcohol harm. We are going to increase our counselling services, and pilot projects in places like Heideveld and Khayelitsha have been successful,” said Kariem.

SundayTimes reported that President Cyril Ramaphosa is expected to address the nation no later than Saturday, when the state of disaster he declared in March is due to expire.

Wine industry hit the most

The Western Cape government said the continued ban on alcohol was harming the wine industry the most.

“SA is one of the top wine-producing countries of the world, and that sector is predominantly in our province. We are the wine and agri-processing capital of SA, with the sector supporting thousands of livelihoods across the value chain,” the province said.

“Wine industry body Vinpro estimates that the initial nine-week ban on local sales and a five-week ban on exports will result in 18,000 jobs lost, and 80 wineries and 350 grape producers closing their businesses over the next year.

“Stats SA food and beverage data for April and May shows a decline in revenue for this sector of 94% and 87%, respectively, from 2019 revenues.”

The province said that the harm caused by the temporary ban was not just felt in the agricultural and farming communities, but also in its tourism and hospitality sector. The reality of this sector is that restaurants rely on alcohol sales to remain profitable. If properly licensed establishments are not allowed to sell alcohol on-site, they will not be able to remain financially viable.

“We, therefore, have a complex situation to address in our province, where the continued suspension on the sale of alcohol will result in a jobs bloodbath — mainly in our poorer, rural communities. We cannot ignore this.”

The national coronavirus command council (NCCC) is meeting on Tuesday.
Politics
1 year ago

The SA Medical Research Council  (SAMRC) has put forward six proposals to limit the availability of alcohol - and reduce hospital trauma cases - once ...
News
2 years ago

Mkhize said there are concerns around the accuracy of Covid-19 deaths due to some people possibly dying before being diagnosed.
News
2 years ago