Parcel firm's cheeky banana ad leaves it in a hole ... and it keeps digging 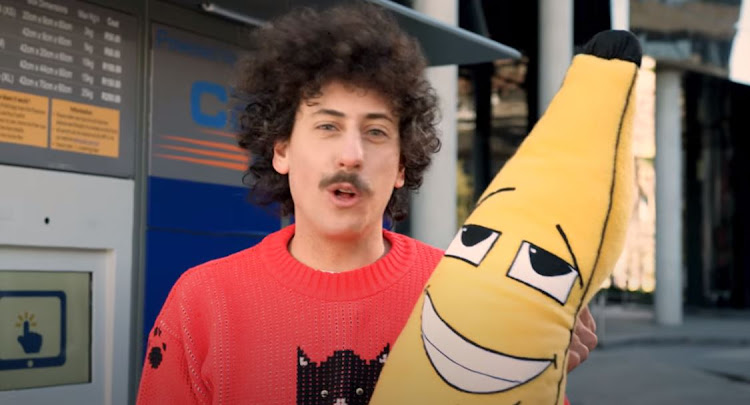 Schalk Bezuidenhout with the stuffed toy banana in a TV ad that may be shown only during 'watershed periods' after a ruling by the Advertising Regulatory Board.
Image: YouTube/The Courier Guy

“Banana” is an innocent enough word. But if you translate it into Afrikaans, combine it with the language's word for “boxe” and use both repeatedly in a prime-time TV ad, you're heading for trouble.

That's what The Courier Guy did when it asked comedian Schalk Bezuidenhout to front a campaign for its new pick up/drop-off parcel service, Pudo.

The company has been chastised by the ad watchdog by adding insult to injury with claims that “piesang” and “doos” are Afrikaans words with innocuous meanings.

“The advertiser's disingenuous denial of these double-entendres becomes even more unjustifiable when one considers the content and overall tone of the commercial, which clearly plays into the innuendo,” said the Advertising Regulatory Board.

The watchdog said Shernaaz Carelse and Ivy Havenga were among several people who complained after seeing the ad on M-Net and eNCA in July.

“They submitted that the commercial is vulgar and offensive. It relies on the innuendo contained in the Afrikaans words 'doos' [which refers to female genitalia] and 'piesang' [as a reference to male genitalia] to communicate its message in an inappropriate manner,” the board said. 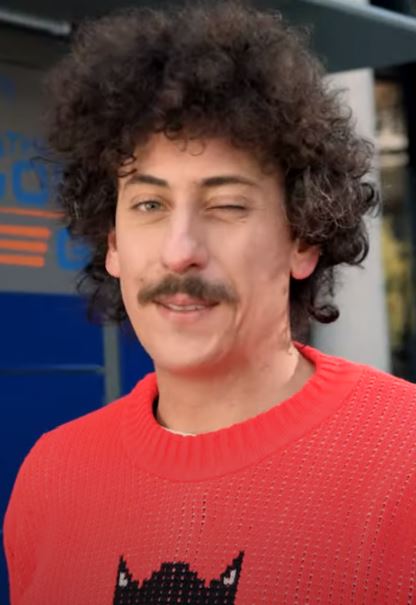 The ad features Bezuidenhout sending a large stuffed banana toy using the new service. As he deposits it, he says: “You know mos ‘Pudo’? It’s as easy as putting something in a ‘doos’.

“Let’s say you wanna send this ‘piesang’ to your girlfriend in Philippolis. Just visit your nearest pudo locker, and find the right size ‘doos’ for your ‘piesang’.

“They’ve got small, medium, large, even extra-large [he winks at the audience]. OK fine, I’m a medium.

“You close the locker, and bye-bye. Away it goes. Send almost anything, almost anywhere. Just Pudo it.”

The scene then changes to Bezuidenhout dressed as a blonde woman receiving the toy. Taking it out of the container, “she” says: “Weeeee! I always sleep better with Schalk’s piesang. Thanks Pudo.”

In its response to the complaints, The Courier Guy said the consumers who had complained had “imposed their own vulgar connotations to a commercial without understanding the definition of these ordinary words”.

It said it could not be held responsible if viewers did not understand the meaning of words taken from one of the 11 official languages.

It also objected that one complainant was “defaming the actor [Bezuidenhout] ... and we would suggest and advise that she tread carefully in order to curtail any litigation against her in this regard, as defamation in our current climate of the surge of gender-based violence [GBV] in SA is disgraceful, and further she is minimising the seriousness of GBV”.

In its finding, the watchdog said it had consulted the 2015 edition of the Handwoordeboek van die Afrikaans Taal, which defined “doos” as “a container made from light material such as carton, wood or tin” but added that there were also two “uncouth” uses: a dumb person and female genitalia.

A fast-food chain whose billboard used an image of a scantily clad woman “toying with a rather phallic waffle on a stick” has been castigated by the ...
News
1 year ago

The fact that the vulgar meaning had made it into a dictionary made it “very unlikely” that The Courier Guy was oblivious to these meanings, said the watchdog.

“Doos” and “piesang” were the only Afrikaans words in the English script, and the only reasonable explanation was that the advertiser hoped to “inject some level of humour into the commercial for viewers comfortable with this double-entendre”.

It added: “The references to 'small, medium, large, even extra-large' are clearly meant to be a tongue-in-cheek reference to penis sizes, which is why Schalk’s ultimate admission that he is a 'medium' matches his somewhat disappointed facial expression, and ties in with the clear innuendo intended in 'doos'.

“Schalk is patently not a medium-sized box.”

'Sex is fun' says Durex - and the advertising watchdog agrees

Underage children will not start having sex just because Durex says on its packaging: “Sex is fun.”
News
2 years ago

The watchdog said while the humour might not be to everyone's liking, it was unlikely to “cause serious, widespread or sectoral offence in a manner that is unreasonable and unjustifiable in an open and democratic society”.

However, the ad was likely to create an impression among children who saw it “that using the word 'doos', particularly in the context of finding one that can accommodate the size of your 'piesang', is acceptable. This may encourage behaviour that most parents would condemn.

“The advertiser is therefore instructed to ensure that this commercial is only broadcast during the watershed periods imposed by the Broadcasting Complaints Commission of SA.

Firm claiming it can kill Covid-19 not that fogging good, says ad watchdog

A hygiene company that says it is "fogging good" at killing the coronavirus in buildings has been ordered to withdraw the claim.
News
11 months ago

Don’t use the R-word, especially when you’re just trying to sell something.
News
1 year ago