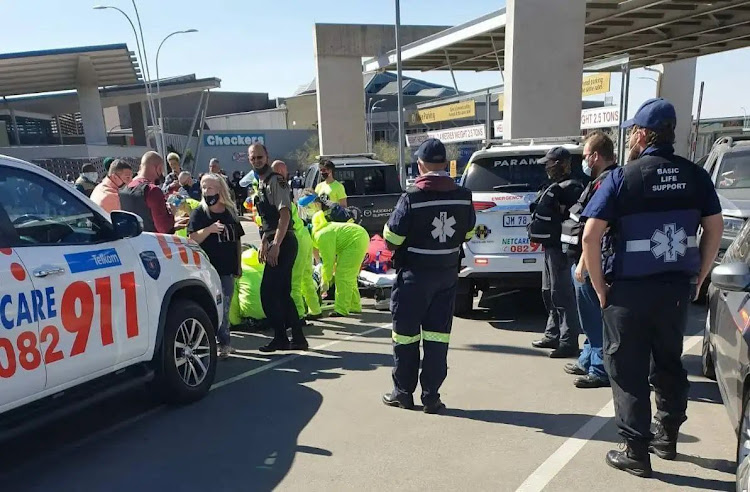 Paramedics treated a security guard was shot during a robbery at a jewellery store on Sunday.
Image: Netcare911

A 40-year-old security guard was shot and wounded during a robbery at Cradlestone Mall in Krugersdorp on Sunday afternoon, paramedics said.

Netcare911 spokesman Shawn Herbst said the guard was shot during a robbery at a jewellery store in the mall.

Hersbt said the guard sustained a gunshot wound in his torso and was airlifted to hospital in a critical condition.

Police praised an armed shopper who interrupted a burglary at a jewellery store at the Centurion Mall in Pretoria on Saturday, saying the man was ...
News
8 months ago

Shoppers at the Centurion Mall in Pretoria were sent running for cover after shots rang out on Saturday morning.
News
8 months ago
Next Article