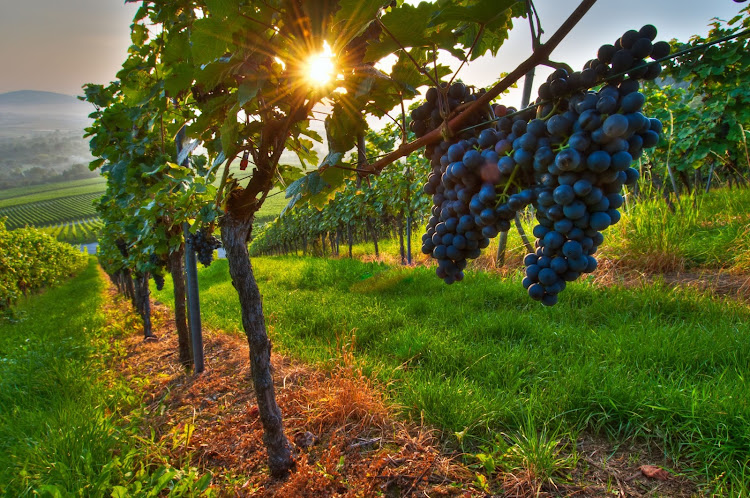 The Southern African Agri-Initiative said the relaxation of the bans on alcohol and cigarette sales was 'too little and too late' for many farmers, agricultural industries and value chains.
Image: BERND SCHMIDT/123RF

The Southern African Agri-Initiative (Saai), which represents farmers, says it will continue with its legal action to force the government to allow the sale of wine under level 3 of the lockdown restrictions.

Saai CEO Francois Rossouw said despite President Cyril Ramaphosa's announcement on Saturday that the ban on the sale of alcohol will be lifted from Tuesday when the country moves to level 2 of the lockdown, the organisation still wanted a declaratory order confirming the sale of wine under level 3.

“We still want a declaratory order. We should be able to sell wine in level 3,” Rossouw told TimesLIVE on Monday.

He said the matter, which was set down for hearing this week, had been moved to next week.

“On Friday we received a communication that the matter has been assigned to a full bench of judges instead of a single judge who should have heard it this week,” Rossouw said.

Saai said in a statement that Ramaphosa’s announcement to relax the lockdown regulations to reduce economic damage was “too little and too late” for many farmers, agricultural industries and value chains.

The initiative said the announcements did not come as a surprise, given the pressure exerted by court applications by the tobacco, hunting and wine industries and the “weak” arguments and data on which the government had based its defence.

“The arguments and information used by Dr Nkosazana Dlamini-Zuma in the court applications brought by Saai, British American Tobacco SA (Batsa) and others to justify the ban on selling cigarettes are far removed from the reality of a demolished value chain in which billions in state revenue have been lost and businesses, farming enterprises and job opportunities are unable to survive,” Saai said in a statement.

Saai said job losses similar to those experienced by game farms had resulted in a social crisis in the wine industry.

“The traditional hunting season has almost reached its end, and hundreds of game farms have been plunged into a financial crisis, with thousands of job losses upstream and downstream in the value chain.

“Similar job losses have already resulted in a social crisis in the wine industry, where the loss of business is not limited to the 2020 production year. Overflowing cellars have no storage capacity in tanks and barrels and have already notified producers they are unable to allocate 2021 quotas,” the initiative said.

Saai said the rural business sector’s confidence in government had been shattered by the state's “unpredictability, recklessness and irrationality”.

Wine and cigarette industries to continue with court actions: what you need to know

The Southern African Agri-Initiative and the Fair-Trade Independent Tobacco Association will persist with their respective court actions, despite the ...
News
1 year ago

Wine or not, the effects are the same: NDZ in war of words in court battle

The effect of alcohol remains the same whether it is a result of drinking wine or any other form of liquor.
News
1 year ago

Cape wine producers are warning of a “job massacre” because of the renewed ban on alcohol sales.
News
1 year ago