Game guide killed after being gouged by elephant in Kruger Park 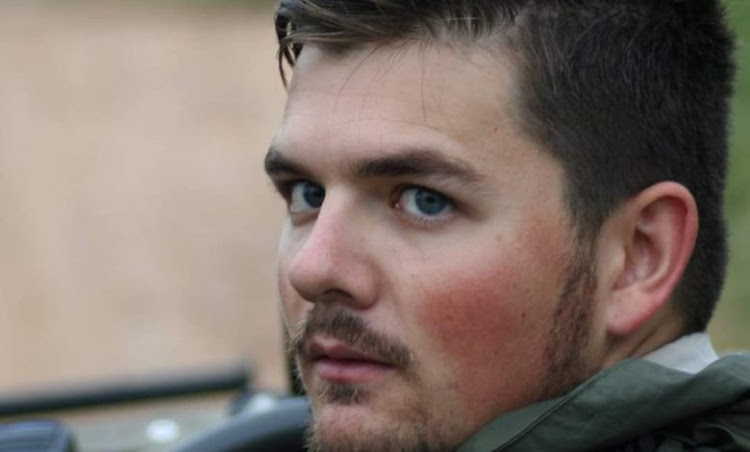 Sheldon Hooper, a wildlife guide at the Thornybush River Lodge, died after an elephant encounter on Tuesday.
Image: Supplied

A young man who worked as a guide at the Thornybush River Lodge has died after an elephant gouged his leg and chest on Tuesday.

Sheldon Hooper, 27, was in the field doing routine inspections at the lodge, which is inside the Kruger National Park, when he and a co-worker came across a family of nine elephants.

The herd, made up of three adults of six adolescents, were seemingly spooked by the two men and attacked. The elephant had somehow gained access to the lodge's surrounds, despite an electrified boundary fence.

“He was about 20m from the elephants and somehow one of them came at him fast. They were both supposed to see each other, and in all likelihood he got close to a six-month-old calf,” he said.

In Namibia, elephant dung is used by traditional healers to treat headaches, toothaches and blocked sinuses
News
1 year ago

“The elephant tusked him on the knee and just above his heart. It left two holes and he was bleeding profusely. The man who was with him ran to get help. The elephant left the scene. He succumbed to the wounds within 20 minutes.

“Paramedics came as soon as they could and they did all they could to stop the bleeding.”

Jordan said he received the news of the incident about 8am on Tuesday, and he had last seen Hooper a day before.

“He was exceptionally good at his job — he knew elephants very well. Just the other day we were having a chat about all types of elephants and their behavioural traits. He knew them well and had been working with us for 18 months,” he said.

“As you can imagine, we are all traumatised.”

After the incident Jordan said he consulted experts on what to do about the animals.

“We searched and finally found the cow with a bit of blood on its tusks. We went to its group to analyse their behaviour. The elephants were relaxed and showed no aggression. We decided against euthanising the elephant.”

Guided and walking tours under lockdown level 3: what you need to know

A 12-year-old boy kept watch over a stranded elephant seal at a beach on the KwaZulu-Natal south coast to protect it from other children who had ...
News
1 year ago

SA National Parks has issued a tender for the culling more than 2,600 animals in six of its 19 national parks.
News
1 year ago