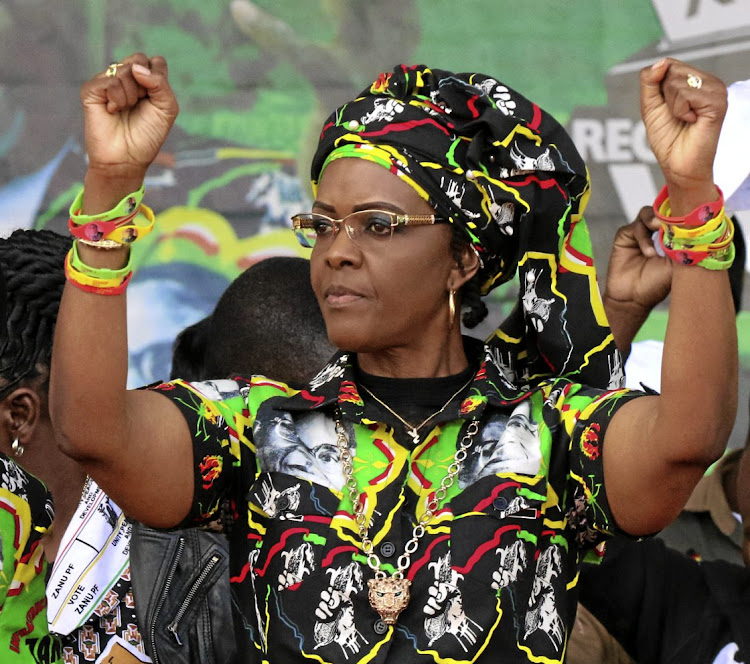 The National Prosecuting Authority took steps more than a year ago to have former Zimbabwean first lady Grace Mugabe extradited to SA for the alleged August 2017 assault of model Gabriella Engels in a Sandton hotel, AfriForum revealed on Thursday.

The delay, however, seems to lie with the department of justice.

The civil rights organisation, which is representing Engels, said it learnt of this through a letter from the office of advocate Shamila Batohi.

“In this particular letter from the office of the director of national prosecutions, dated the 2nd of June, [Batohi] indicated that the NPA has already taken an independent decision to institute prosecution in the matter and done what is necessary for the extradition of the accused,” said the head of AfriForum's private prosecutions unit, Gerrie Nel.

Reading from the letter during a press conference held at AfriForum's headquarters in Centurion, Nel read parts of Batohi's letter which said: “Like the complainant, the NPA would like to have the matter prosecuted as soon as possible.”

Batohi advised AfriForum to ask the department of justice about the status of the extradition application.

Nel said they had since followed her advice. The justice department, he said, had not yet responded to a letter sent by the unit on July 10.

A security incident report has shed new light on the chaotic events that unfolded as Zimbabwean first lady Grace Mugabe went on a rampage at a luxury ...
News
4 years ago

Detailing the attack, Engels alleged Mugabe had stormed into the room at the Capital 20 West hotel armed with an electric cord. Flanked by 10 bodyguards and hotel security, she was looking for her sons, Robert jnr who was 25 and the then 21-year-old Chatunga Bellarmine. Engels alleged the men had fled the room, leaving her and two friends at the mercy of a raging Mugabe.

Engels sustained deep cuts to her forehead and the back of her head and registered a case with the police. Pictures of her battered face went viral on social media.

She has maintained that she wants an apology from Zimbabwe's former first lady.

AfriForum lambasted the justice department, saying it seemed to be taking a “head in the sand approach” to this and other high-profile matters because they are afraid of stepping on the toes of people in power.

The department of justice has since replied to AfriForum's allegations.

Spokesperson Chrispin Phiri said: “Extradition request cases vary in their nature and some require various forms of diplomatic engagements before being executed.

“Therefore one cannot simply lump cases together and make claims about how these cases are being handled. Each case is unique and has its own distinct facts which in turn dictate how the request is facilitated,” he added.

The department did not give clarity on when the matter would progress.