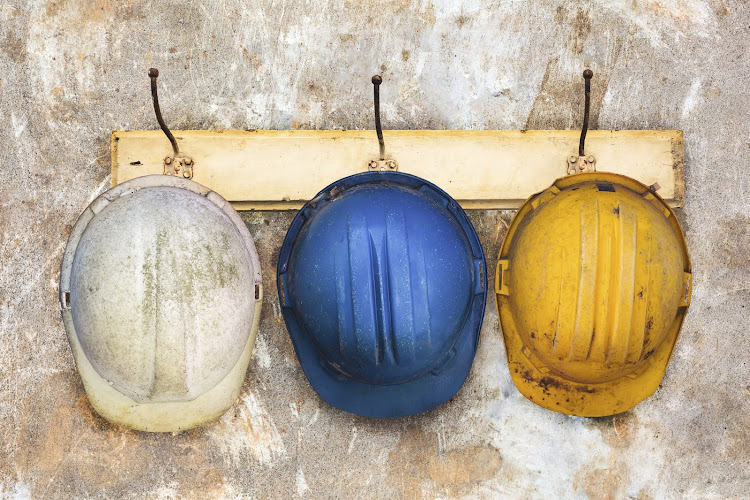 Civic body Save our Berea has turned to the Durban high court to stop an auction of an unfinished high rise-building in the suburb.
Image: Gallo Images/iStock

Civic action group Save Our Berea has launched an urgent application in the Durban high court to stop the sale, by public auction, of a controversial partly completed high-rise development in Durban’s Currie Road.

Instead, Save our Berea (SOB) says, the court should order that it be demolished because the municipality had kept secret a crucial report which found wrongdoing on the part of officials in the town planning department.

Labelled a “monstrosity” by neighbours, the rezoning and subsequent plan approval for the development was the subject of extensive litigation. A demolition order granted in the Durban high court was finally overturned on a “technicality” by the Supreme Court of Appeal, which ruled that the order lacked clarity.

The developer, Serengeti Rise Industries, was placed into liquidation last year and the liquidator Kurt Knoop, has advertised that the sale will take place on Wednesday.

Activist group Reclaim the City said on Saturday that it had again taken over the Rondebosch Golf Course to protest against the City of Cape Town’s ...
News
2 years ago

But SOB says it now has sufficient evidence showing “that the spectre of fraud and corruption looms large” in the entire process.

This includes the demolition of the original dwelling — a heritage house — without proper approval; the approval of a plan for a four-storey building in line with the property's GR 1 zoning in 2011; the submission and approval of its zoning to GR 5; and, in March 2014, the final approval of a “deviation” plan which allowed for the boundary-to-boundary nine- storey building, an “arm's length” away from the building next door, which towered over the neighbourhood, blocking views and sunlight to surrounding properties.

All of this was allegedly done without proper legal notification to neighbours.

SOB wants to interdict the auction pending “Part B” of its application, in which it seeks an order to review the decision by the eThekwini municipality to rezone the property and approve plans, declaring that the approval was “tainted by fraud” and ordering the city manager to take steps to demolish it within three months, by implosion.

A bid to hold eThekwini municipal officials liable for every "questionable" town planning decision taken in the past could soon play out in the ...
News
6 years ago

It also wants an order declaring as “criminal” the withholding of an incriminating city integrity and investigations unit (CIIU) report in which it is recommended that three officials be charged internally.

The organisation also wants the court to order the city to be transparent with ratepayers regarding town planning issues, allowing perusal of documents without having to resort to Promotion of Access to Information Applications (Paia), as is presently the case.

In his lengthy, detailed affidavit SOB co-founder Kevin Dunkley says the failed court action over the building at 317 Currie Road had set an “adverse precedent” with “all kinds of horrendous developments” emerging on the Berea and in surrounding areas, with  residents reluctant to take any legal action because of costs.

And this has to stop, he says.

Regarding the ruling by the SCA, Dunkley said at that time the city already had the CIIU report, which pointed to serious irregularities, but had withheld it from the court. If that had not happened, the court may have ruled differently.

Among the findings in the report were that the influential joint advisory committee had flagged the proposed rezoning, asked for further investigation and a report back.

'Eyesore' to be bulldozed

The "monstrosity" that is the controversial nine-storey block of flats on Durban's Berea should be demolished, the Durban High Court ruled ...
News
7 years ago

But this had not happened. And instead, two officials had “signed off” on it.

The report also concluded that neighbours had not been informed of the rezoning because the developers had “relied on the wrong legislation”. But neither the city nor the developers did anything to rectify this flaw.

Dunkley said efforts had been made to interview the officials who compiled the report but while they had been willing, it had allegedly been blocked by the “head of legal”.

“There can be no valid reasons for the nondisclosure of this report to the court and the 317 litigants.

“The municipality is obliged to adopt a neutral stance. This was designed to ensure the truth did not emerge. It was  suppression of evidence,” Dunkley said.

The City of Cape Town is “subsidising the wealthy elite” by planning to extend the lease on the Rondebosch golf course for another 10 years at a very ...
News
2 years ago

The report was eventually leaked to neighbour Pops Aboobaker, who led the initial litigation charge, otherwise “the municipality would have got away with this act of deception”. He said the city had still not disclosed the outcome of the disciplinary proceedings against the named officials.

He said the developer was selling units off plan, in accordance with the still-to-be obtained GR5 zoning, as early as December 2009.

Attempts to get records and documents through Paia had largely come to naught. Minutes were redacted and they were told that records had gone missing.

“In totality, all this shows that Serengeti knew the rezoning would be approved and it can only point to collusion between the developers and the municipality.”

The application for the interdict stopping the auction is expected to be heard on Tuesday.

Western Cape premier Alan Winde has doubled down on his condemnation of violence and destruction of property committed by service delivery protesters ...
News
1 year ago

An attempt by Zulu King Goodwill Zwelithini’s Ingonyama Trust to take control of thousands of hectares of land worth almost R1bn, which was awarded ...
News
1 year ago

Land occupation in Midvaal is the work of 'criminal syndicate', says city

Tensions continue to rise in Walkerville in Elandsfontein, Gauteng, where a group of men calling themselves the Big Six have coordinated a land ...
News
1 year ago