SA remembers Uyinene one year later: 'We are on our knees. Still we bleed'

Uyinene Mrwetyana was murdered a year ago today.
Image: SUPPLIED

One year ago, University of Cape Town student Uyinene Mrwetyana was raped and murdered by Luyanda Botha in the Clarenreich Post Office in Claremont, Cape Town.

Botha handed himself over to police  and was given three life sentences for rape and murder and five years for defeating the ends of justice.

In his four-page admission, Botha described how he locked Mrwetyana in the post office when she went to collect a parcel, raped her and when she tried to escape, took a weight used to weigh packages and bludgeoned her to death.

Mrwetyana's mother, Noma, told Sunday Times the past 12 months have been difficult.

“The period has been characterised by countless sleepless nights, a mixed bag of emotions ranging from hurt and sadness to anger and frustration.” 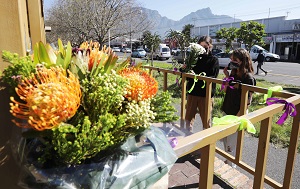 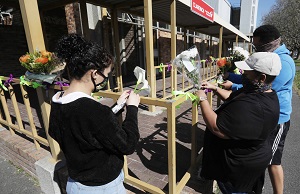 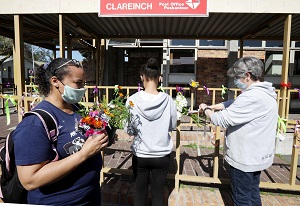 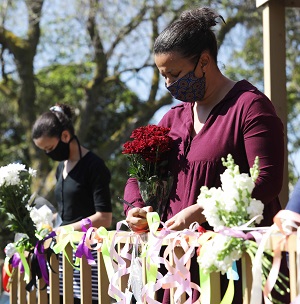 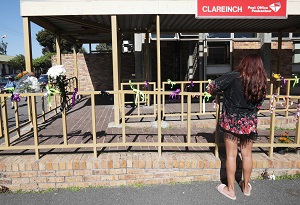 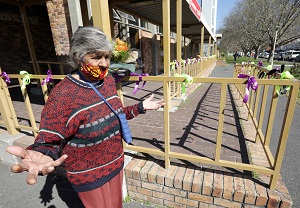 On Twitter, South Africans paid tribute to the student, criticised government for its lack of action and slammed the country's continuing high rate of GBV.

today we remember the beautiful Uyinene Mrwetyana 🕊 365 days it has been and still, we bleed.

may her sweet soul rest in peace 🌻

Just saw the date and it’s exactly a year since Uyinene’s death. I think this case hit home so bad because it could have been any of us. She was not at a club , she was not with a guy, she left her place in broad daylight to fetch a parcel and never returned home.💔

Uyinene Mrwetyana's death is still so heavy on the shoulders of this country. But that's looking at it from the macro. I can never begin to imagine what it's like on the micro: people who knew the light she was. To those people: today I return to my knees in prayer for you.

A year since Uyinene’s death and I’m sitting her watching a segment on the news about a man who killed and mutilated 5 women with 14 still missing who killed himself in custody. Idk how to describe the pain I’m feeling mourning women I never knew. Nothing has changed.

Uyinene was strength. she was always determined to succeed at everything that she did. she did not quit easily. she was a hard worker and a vocal woman with a strong character. she was smart. she was resilient and powerful. she was a fighter.

remember her as strength.

Sending my love everyone who is mourning Uyinene today. Loss is never easy, but she will always be with you and her light will shine down on you. 🤍

the thing that always gets me is that i should never have known uyinene, not in this way at least. our paths would’ve never crossed, me in leicester and her a year older enjoying her first year. yet i sit here, a year after her passing thinking about what has changed since.

We follow Uyinene Mrwetyana's final steps on August 24 2019 when she was brutally murdered in a Cape Town post office and then disposed of in a hole next to a railway track..

A report by safety app Namola has revealed that on average, 10% of all crime reported through them every month relates to domestic violence.
News
1 year ago

From strengthening policing to harsher sentences, MPs speak out against GBV

Members of parliament called for stricter laws against perpetrators of gender-based violence.
Politics
1 year ago