There is too much pressure, says grade 11 pupil as schools reopen

Image: Alaister Russell/The Sunday Times Students are screened for Covid-19 Symptoms, 24 August 2020, at Alberton High School, South of Johannesburg. Schools have opened to all grades for the first time since the national lockdown.

As most of SA's pupils returned to the classroom on Monday, 21-year-old Sharon Ndlovu was not feeling optimistic about what remains of the academic year.

She said she was anxious, confused, pressured and felt that not enough information had been given.

“There is too much pressure. We were told that we are only attending for this week and we will take a break and then return again. I am scared that I am not going to cope because we are getting too much work to do in a short time,” she said.

The grade 11 pupil said she was not ready to write her exams.

“We don’t even know when we are writing. I am not ready to write. We don’t know what is happening, what we will be writing ... no-one is telling us anything. At school they also say they don’t know. They don’t tell us anything. 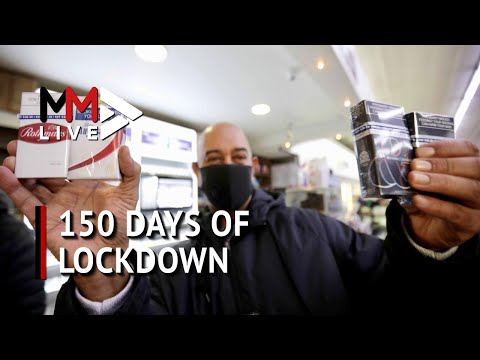 “I feel like teachers don’t understand. They are giving us too much work on the same day. One teacher will give you four homework assignments and tell you that they want it the following day, and there are also work from others. They are telling us that we are behind.”

Ndlovu said she attended seven lessons on her first day and came back with nine homework assignments.

At the same school, many grade 9 and 10 pupils were turned away.

Ndlovu said they were told that the school could accommodate two grades only.

“In January, our school asked for our parents' contact details but yesterday they didn’t communicate with us or our parents to inform them that grades 9 and 10 should not come to school. Instead, they let them come ... only to turn them back in the morning. They said they should come back next week,” she said.

Meanwhile, the Congress of South African Students (Cosas) in Limpopo has rejected the return to school of other grades.

“We are saying that we reject the phasing in of other grades, but instead we can only allow the department to say grades 6 and 11 may come back, together with the current grade which were in. That is what we are saying,” said provincial secretary Scalo Mahladisa.

When speaking to TimesLIVE, Mahladisa said the union was visiting schools around the province.

In a statement, Cosas said the basic education department must rearrange the final examination and allow grade 12 learners to only be assessed on the basis of content that will have been covered.

“This should be limited to 50% of the syllabus. For instance, a survey conducted by teacher unions revealed that 62% of schools nationwide would have not covered the matric syllabus by November, when examinations start,” said Cosas.

“As Cosas, we remain of the view that the phased return of learners to schools should not come at a cost of risking the safety and security of the learners.”

'A lot of rushed decisions'

The South African Democratic Teachers Union (Sadtu) said there were still reports of challenges from some schools especially from township and rural schools.

“We are receiving information from our structures that there are still administrative and structural challenges at a number of schools, particularly at township and rural schools. That is what we are picking up,” said secretariat officer Xolani Fakude.

“We are now facing a drastically reduced academic year and, in all this, it's likely that learners and teachers, especially from disadvantaged schools, will struggle to be ready for a combined June and November,” he said.

“As a union we strongly advise the department to rather focus on innovative ways of restructuring the curriculum, which should in particular consider the extension of the academic year to 2021.”

“But the [department], instead of doing that, reduces the number of days because they are trying to fit it in. It is our strongest view that this system will not be ready because there is also those who are in poorer schools. We feel that there are a lot of rushed decisions that have been taken.”

Basic education minister Angie Motshekga last week announced that this year's matric exams would start on November 5 and end on December 15, and the results will be out on February 23 2021.

She said a decision had been taken to merge the matric finals with the traditional midyear exams, which usually take place in May and June.