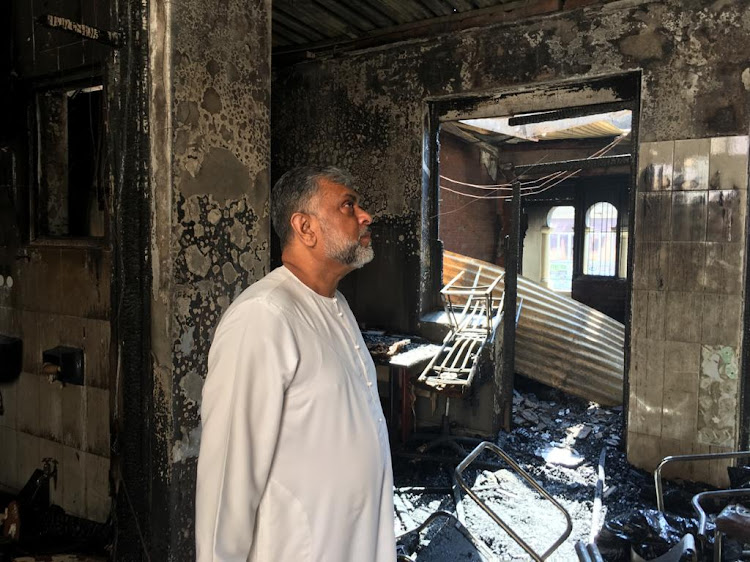 Yusuf Kajee, CEO of Amalgamated Tobacco Manufacturing Africa, inside one of the flats gutted by a fire in Durban on Monday.
Image: Orrin Singh

Three KwaZulu-Natal businessmen have pledged R2m to help the families who lost belongings in a fire which ripped through a block of flats in the precinct of the city’s most historic mosque on Dennis Hurley Street (formerly Grey Street) on Monday.

Speaking to TimesLIVE at the scene of the fire on Tuesday, Kajee recalled childhood memories made in the precinct of the Juma Masjid.

Residents of a flat in central Durban, in the precinct of the Juma Masjid mosque, managed to escape a raging fire that ripped through the building on ...
News
1 year ago

At about midday on Monday, the apartment block that forms part of the Juma Masjid, or Grey Street mosque, the largest of its type in the southern hemisphere, went up in flames. Seven flats on the upper level were gutted by the fire, which is believed to have been caused by an electrical fault. Residents rummaged through the little that survived the blaze but were not willing to talk about the incident, with many saying they were still in shock.

AB Mohamed, chairperson of the Juma Masjid Trust, welcomed the donation by the businessmen. 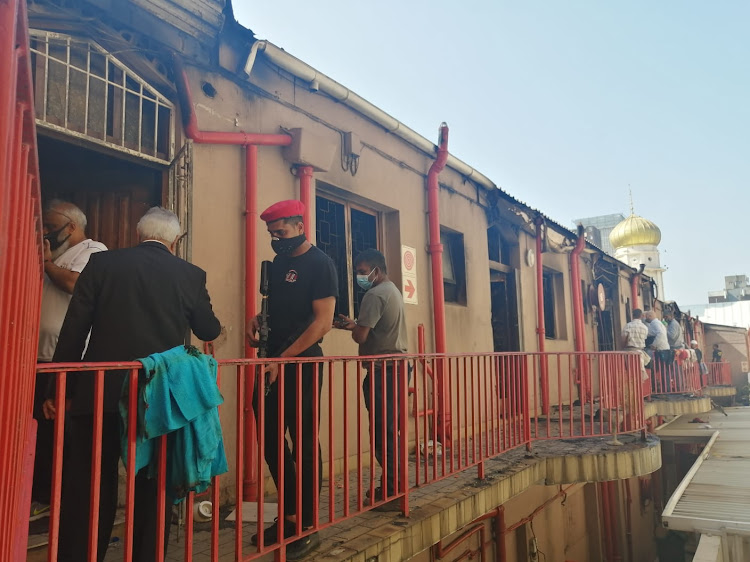 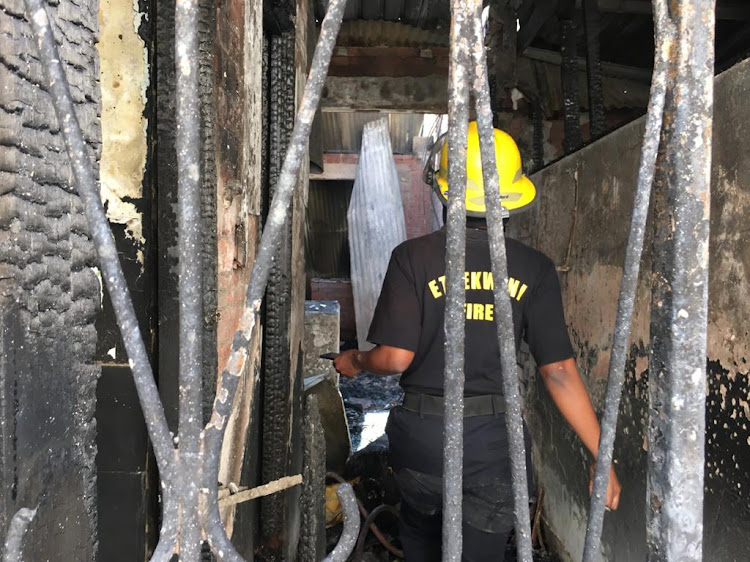 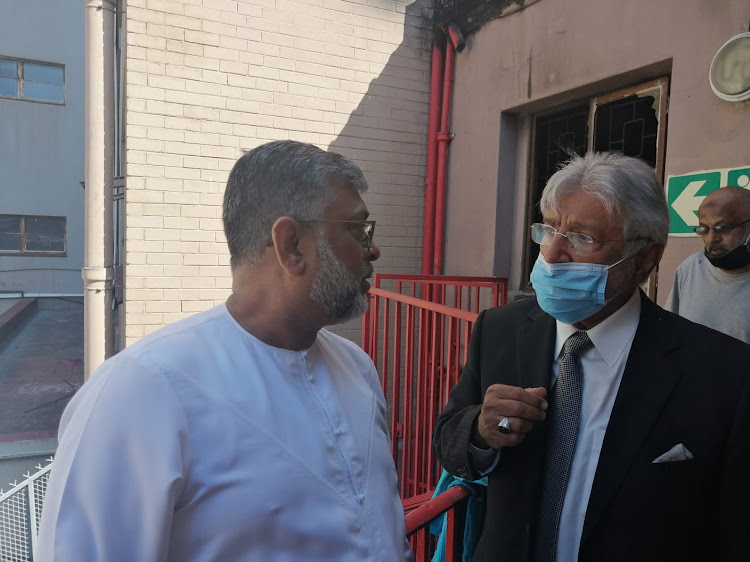 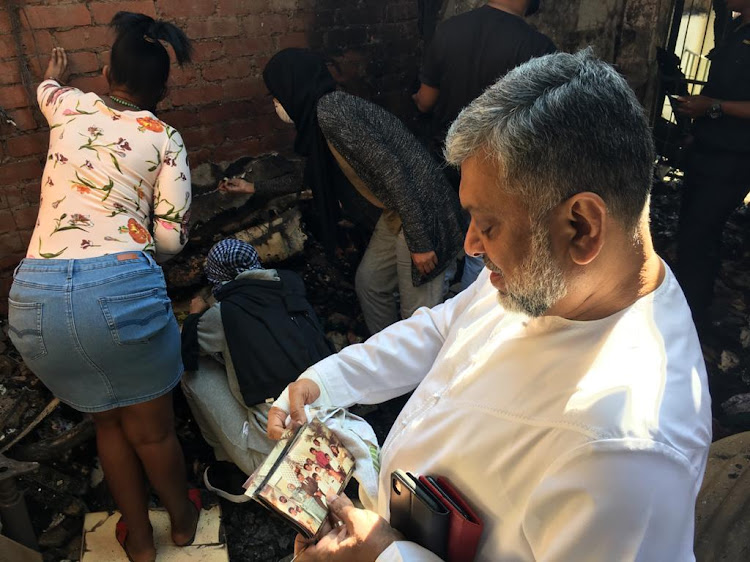 “This was one of those unexpected developments, and obviously we will need funding. The mosque has historical and geopolitical links with Turkey and the British Empire. It has hosted many visitors, prime ministers, presidents and cabinet members.

“We're dealing with a site you cannot replace in monetary value. You cannot imagine Durban without the Grey Street mosque. Neither can you imagine London without Trafalgar Square,” he said.

Kajee's claim to fame was his controversial partnership with a former first family after he got into business with Edward Zuma in 2008.

He told Times Select he and Edward, son of former president Jacob Zuma, had since parted ways, but he maintains a “wonderful” relationship with him.

Thunderstorms rumbled over northern California again on Monday, but the fire-ravaged region around San Francisco Bay was largely spared from a new ...
News
1 year ago

Authorities were working together on Monday morning to gather information on the air pollution caused by a fire that gutted a plastic manufacturing ...
News
1 year ago