Image: Gareth Wilson The police have called for greater tolerance and restraint to be shown by men, saying violence against women and children has reached 'alarming heights'. File picture.

Five women and two children were murdered in just two days as a spate of domestic violence ended tragically in Gauteng.

Provincial police commissioner Lt-Gen Elias Mawela on Wednesday made a public call for greater tolerance and restraint to be shown by men, saying “the levels of violence against women and children has reached alarming heights”.

After one of the incidents, a crying baby was found on a blood-soaked bed by neighbours. And women were urged to speak out against abusers after a video clip showing a man hitting a woman in the face went viral on social media.

Vosloorus in Ekurhuleni was rocked by a double murder on Tuesday evening, when a man allegedly shot and killed his 21-year-old girlfriend and her 43-year-old mother at their home. 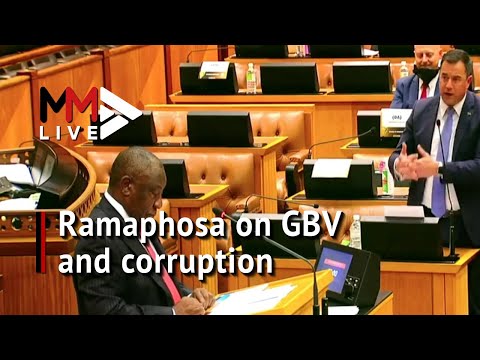 The woman's sister was wounded and had to be taken to a nearby hospital, said police spokesperson Brig Mathapelo Peters.

“It is alleged that the suspect arrived at the house and, without saying a word, drew a firearm and fired shots at the victims,” she said.

Peters said the 27-year-old man, who was being sought by police, had since committed suicide. He was found hanging at a warehouse at Somalia Park, near Dawn Park, on Wednesday.

“The firearm suspected to have been used during the commission of the incidents of femicide was also recovered near the body.”

In a second incident, a man allegedly stabbed a woman to death in Tembisa. Neighbours raised the alarm after hearing the wailing of a baby coming from a room in Umthambeka section early on Monday.

“The neighbour and a community patroller summoned police to the scene after finding the body of a woman on the floor in the room, with a crying baby sitting on a bloodstained bed,” said Peters.

The man handed himself over to police at Rabie Ridge and is expected to appear in the Tembisa magistrate’s court on a murder charge.

In a third incident, a 20-year-old woman was raped and murdered in Dali Mpofu informal settlement. Her alleged killer then died during an act of mob justice in which four children were injured and taken to hospital for urgent medical attention.

The police have also appealed for information after the bodies of a 58-year old woman and two grandsons, aged nine and 14, were found in a house in Protea Glen extension 24, south of Johannesburg, in the early hours of Monday.

“Preliminary evidence suggests that the deceased were stabbed after the three victims were found with injuries on the upper bodies.

“It is suspected that the perpetrator is the ex-boyfriend of the deceased woman and he is on the run.”

Mpumalanga police meanwhile urged women to report abusive husbands and boyfriends after a viral video surfaced at the weekend of a women being slapped and tied up with rope.

The woman could be heard crying hysterically during the clip.

Police spokesperson Brig Leonard Hlathi said the “inhuman” incident had actually taken took place at Kamhlushwa, in the Nkomazi area, in February or March but surfaced on social media only at the weekend.

Hlathi told TimesLIVE that the woman subsequently made a statement to police saying that the matter had been resolved.

“Police use this opportunity to encourage women not to be quiet when their lives are exposed to danger in the hands of their estranged lovers. They are further encouraged to institute protection orders against their abusive husbands or boyfriends should they experience any form of abuse,” he said.

“Police are urging men to change from a patriarchal behaviour and be real protectors of their families. They are hereby warned to stop committing barbaric acts of gender-based violence.”