'Scarcity of epidemiologists' leads to delay in sentencing of Richard Mdluli 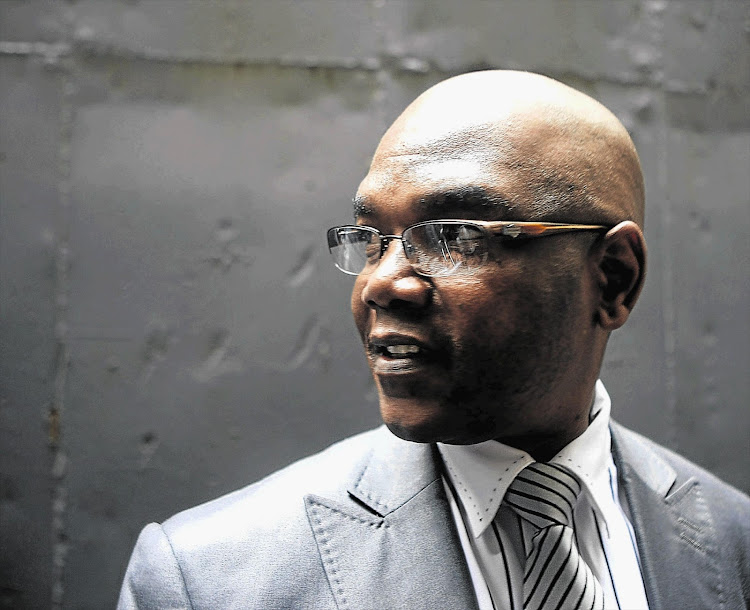 After vowing to have an epidemiologist ready to present evidence in mitigation of sentence, Ike Motloung — the lawyer for former crime intelligence boss Richard Mdluli — on Thursday pleaded with the court to grant a further extension.

The defence team for Mdluli and his co-accused Mthembeni Mthunzi intend to find an expert witness to argue that a custodial sentence would not be beneficial for their clients, especially in the wake of Covid-19. They seek to show that since their clients are over the age of 60 and have comorbidities, they are not suitable to be sent to prison.

Motloung said that when he made the commitment to find an expert witness during the last court sitting in July, he was unaware of the scarcity of epidemiologists in the country, adding that the few who existed were tied down by their commitments to the state.

“Those I have found are willing but it is a question of time. Today’s date did not suit them,” said Motloung. He was unable to say when they would be available.

The case relates to the assault of Mdluli's customary wife, Tshidi Buthelezi, and her boyfriend, Oupa Ramogibe, in 1998.

Sabelo Nobangule, who represents Mdluli's co-accused, Mthunzi, told the court that he too had found difficulty in securing experts on Covid-19 but he was finally seeing a “glimmer of light” with regards to securing someone.

Nobangule told the court that some of the experts who are available have expressed unwillingness to come to court.

Former police crime intelligence boss Richard Mdluli on Wednesday asked for mercy from the court, pleading to not be sent to jail.
News
2 years ago

But judge Ratha Mokgoatlheng challenged them, asking whether there were no people above 60 who were in jail.

Motloung replied by referring the court to the president and justice ministry's decision to parole thousands of prisoners — many of whom were elderly and sickly — during the Covid-19 pandemic.

Nobangule stated that his client already qualified for a non-custodial sentence because of his age.

Mokgoatlheng said it was not a certainty that the duo would contract Covid-19 if they were sent to prison. He highlighted that the case had gone on for so long that he had retired, but continued to attend to these court proceedings.

One of the prosecutors in the matter, Zaais van Zyl SC, had also since retired.

The two lawyers said there was no prejudice that would be suffered by the state, adding that the case had already dragged on for six years.

Prosecutor Deon Barnard disagreed, saying the Ramogibe family would be prejudiced by the delays. He also offered to call to the stand a department of correctional services official who was present in court, to testify about whether there were inmates over the age of 60 behind bars.

Charges against former crime intelligence boss Richard Mdluli related to a “love triangle” involving his late customary wife and a man she eloped ...
News
2 years ago

Barnard lashed out at the defence lawyers' seeming lack of preparedness, saying no commitment had been made as to when an expert would be ready.

Motloung rebutted, saying he had hardly requested postponements in the past, adding that if anything, it had taken the state 13 years to bring his client to court.

“The state should not act holier than thou,” he said.

Both the defence lawyers said it would be in the interest of justice to grant the postponement, with Motloung again making promises, saying “dark or blue”, he would find the experts and if not, the sentencing proceedings could continue without their input.

“I again grant the postponement for the very last time for September 28 and 29. The report, if any which is acquired, will be made available to the state seven days before the matter, meaning by September 21,” said Mokgoatlheng.

Mdluli and Mthunzi remain on bail.

Charges against former crime intelligence boss Richard Mdluli related to a “love triangle” involving his late customary wife and a man she eloped ...
News
2 years ago