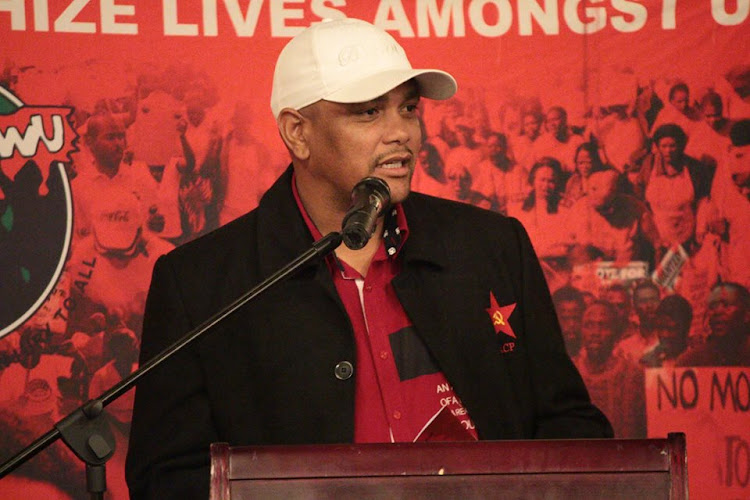 Members of the federation gathered at the Chris Hani Baragwanath Hospital in Soweto on Tuesday for a national day of prayer to honour health-care workers who have died from Covid-19 related conditions.

Nehawu general secretary Zola Saphetha and Cosatu general secretary Bheki Ntshalintshali addressed the members, as did Joe Mpisi of the SA Communist Party (SACP), who rallied behind the federation and called on the government to “do the right thing”.

The open season of letters by ANC leaders to and about each other seems far from over.
Politics
1 year ago

Demands must be met — Zola Saphetha

Saphetha said members of the federation will embark on a national day of action on Thursday to call on the government to address their demands. He said Nehawu would also tell its members at national level to down tools on September 10 for a mass strike.

“We hope that they shall heed our call and do so favourably. Otherwise on September 3 it will be clear that there will be no more turning back. Today it was nice, we were walking with the acting CEO [of the hospital], but as from the 10th [of September], this kind of relationship will be suspended.”

Mpisi said Covid-19 related corruption steals from the working class. He said law enforcement agencies must investigate PPE corruption and ensure that officials who are implicated are held accountable.

“We are calling on law enforcement agencies to work around the clock to urgently make sure that all those that are implicated are brought to book because these actions take from the working class and the poor in this time of crisis.”

Pay nurses what is due to them — Zola Saphetha

Saphetha said nurses work hard and must be paid fairly.

“They are behaving as if we are not saving their families and relatives, we do. We are not differentiating or discriminating against anyone when they come to the hospital, we attend to them yet they are not paying our staff what is due [to them].”

Mpisi called on the government to deliver on its promises and eradicate poverty and inequality among the many South Africans who relied on food parcels at the start of lockdown, some of which were lost to corruption.

“We are worried that when leaders speak, they said we must enhance the township economy. In this case, we haven't seen that [opportunity] given to the townships to manufacture the PPEs.”

Some health-care workers are on suspension — Bheki Ntshalintshali

Ntshalintshali said some health-care workers have been suspended or dismissed for taking leave and refusing to expose themselves to dangerous working conditions in various hospitals across the country.

“The union must do the right thing. Do what is right — not what is easy or popular. You have to defend these workers, comrade Nehawu. We must never give up, you must mobilise and unite all workers. Here, we're all in the same battle.”

With SA among the worst affected countries globally, Ntshalintshali said the government is not doing enough.

“We may not be able to move. When you go to Lesotho, they say, 'Remember, you are fifth in the world.' Our government must know that we are struggling due to its performance for its own people.”

SA may be over the Covid-19 surge, but reimposing strict restrictions is still on the table, warns health minister Zweli Mkhize.
News
1 year ago