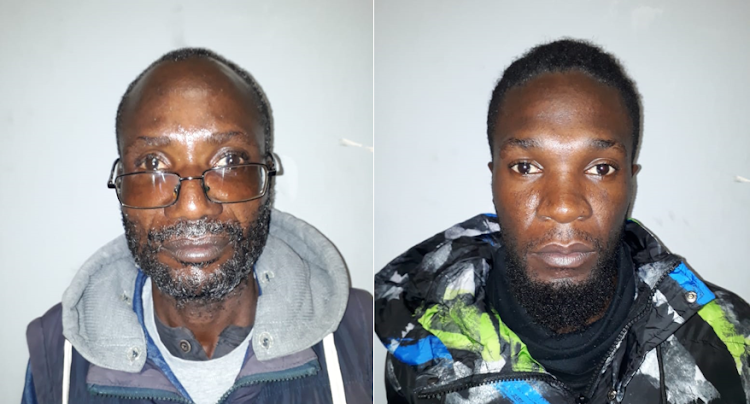 Two abalone smugglers were each sentenced to five years in prison this week, just over two months after they were arrested in a joint police operation on the N1 near the Huguenot tunnel in the Western Cape in June.

Mathew Phiri, 45, and Patrick Kanyembo, 34, were sentenced by the Paarl regional court on Monday after they entered into a plea and sentencing agreement with the state.

They were arrested transporting 14,855 units of dried abalone worth R5.6m by a joint team comprising of members of the Hawks’ Serious Organised Crime Investigation Unit, police Crime Intelligence and K9 unit members and department of agriculture, forestry & fisheries officials during a search and seizure operation on June 23.

The team uncovered the abalone concealed in boxes at the back of a hired truck under vegetable bags.

The duo were kept in custody until their arrest.

Cabinet in 2006 approved the creation of an account into which money and property are deposited following a judicial forfeiture or confiscation order.

The money is allocated to law enforcement agencies and agencies helping victims of crime.

Hani said they were sentenced to 10 years' imprisonment for money laundering of which five years were suspended for five years with “stringent” bail conditions.

The sentences will run concurrently and the duo are expected to serve an effective five years' direct imprisonment.

The court also ordered that they pay R60,000 into the Criminal Asset Recovery Account. This is over and above the R43,320 which was recovered during their arrest and forfeited to the state.

Two alleged abalone dealers were arrested with dried abalone worth over R5m at the N1 Huguenot tunnel near Cape Town on Tuesday afternoon, the Hawks ...
News
1 year ago

Western Cape police confiscated abalone worth R4.1m following the arrest of two suspects after a foot chase in northern Paarl on Tuesday.
News
1 year ago