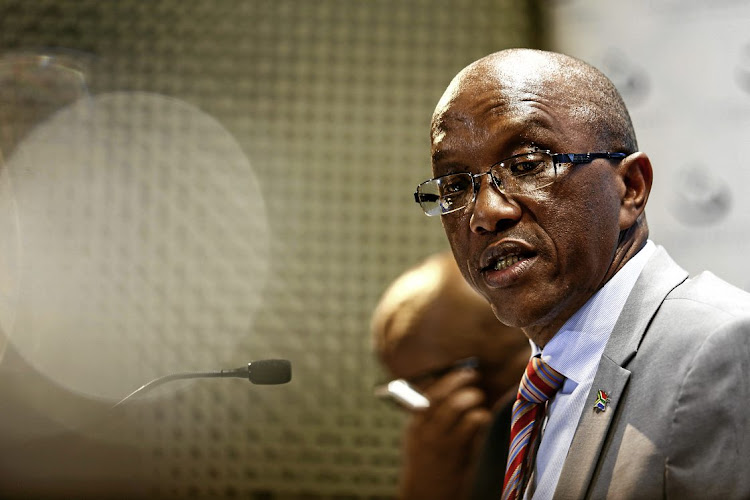 Auditor-general Kimi Makwetu says his team has made a breakthrough, helped by technology.
Image: Moeletsi Mabe

There is still much funding available in the government's multibillion-rand Covid-19 war chest and this week's real time audit report will enable oversight bodies to interrogate how it is spent.

Auditor-general Kimi Makwetu made this remark as he briefed parliament's standing committee on the AG's findings about the spending of some of the R500bn in Covid-19 relief announced by government.

In its findings, the AG's office revealed a lack of financial controls in the payment of Temporary Employer/Employee Relief Scheme (Ters) and in the payments of new categories of social grants.

On the Ters payments, the AG found there were overpayments on benefits for the initial  lockdown period.

An analysis found that a high number of payments went to people who should not have benefited, including the dead, government employees and people receiving social grants or being funded by the national student financial aid scheme.

The same discrepancies were identified in the payment of the R350 social relief of distress grant.

An analysis identified payments of the grant to more than 30,000 beneficiaries, some of whom are working in government and recipients of unemployment insurance fund payments and other social grants.

The AG also said there were clear indicators of fraudulent activities in the procurement processes for personal protective equipment.

He said the first report would assist those in oversight positions to proactively engage with accounting officers about what plans they were putting in place to spend what remained of their Covid-19 fund, what disciplines had been introduced to make sure that the concerns flagged by the AG did not happen again.

“You now have a baseline report that carries a level of credibility,” Makwetu said.

He said a second report would be released before the end of November.

Makwetu said many were shocked to see the office of the AG was able to report at the end of August about matters involving expenditure in the previous month.

He said the approach in this investigation was in contrast to the traditional approach that the AG had been accustomed to, reporting 18 months after the event.

“We think this is a potential breakthrough. We were all on lockdown, we had to be able to connect our teams remotely ... to a point where we were able to report.”

Makwetu said if the AG did not have the technology it had, the compilation of the report would not have been possible.

He said his office would inform the fusion centre of what it found for further investigation.

“We will inform [the fusion centre] of what we have found. We will ask them to use tools they have to deal with wrongdoing.”

IN QUOTES | 'Clear signs' of abusing a flawed system: the AG speaks

Auditor-general Kimi Makwetu called on the government to take swift action against officials implicated in corruption and fraud relating to the ...
News
1 year ago