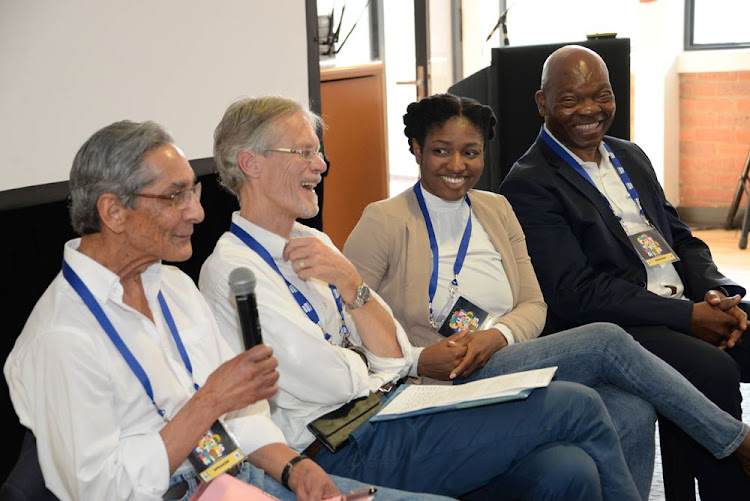 Achmat Dangor, an author and political activist who served as an ambassador and CEO of the Nelson Mandela Foundation, has died, his brother said on Sunday.

“It is with sadness that we announce the passing of our brother Achmat Dangor. He is mourned by his wife Audrey Elster, his children Yasmin, Zane and Zachary, his grandchildren and his brothers and sister. Achmat will be buried in accordance with Muslim burial rites later today,” said Zane Dangor.

Dangor was born in Johannesburg in 1948.

The ANC's Pule Mabe said the party “dips its banner to this revolutionary”.

“In Achmat Dangor, the country has lost an important voice, but we can take comfort that his light will keep shining through his books and other writings.”

He received the Herman Charles Bosman Prize for Kafka’s Curse, while Bitter Fruit was shortlisted for the Man Booker Prize. Dangor also received a Lifetime Achievement Award from the SA Literary Awards (SALA).

Dangor was one of the founding members of the Congress of SA Writers (COSAW) and remained active in the cultural and development sectors, even after retirement.

During the 1970s, Dangor formed Black Thoughts with other writers in opposition to and as an alternative to the enslavement of the Bantu Education system. The group promoted books and writings from authors from Africa and other developing countries, and did readings in townships and schools. Dangor was banned for his political activism and his writings.

Mabe said Dangor had also been a leading light in the developmental sector, playing a  leading role in a range of non-governmental organisations, including Kagiso Trust, the Nelson Mandela Children’s Fund and Foundation, and the Independent Development Trust (IDT), as well as in the international developmental sector.

Dangor was a leading activist in the fight against HIV and Aids as well.

In an interview about writing, Dangor remarked in 2002: “Writing is far more dynamic and sensitive and it engages human beings in different responses; the reader and the writer relate to each other in different ways.”

Of his role at the Nelson Mandela Foundation, where he served as CEO from January 1 2007 to June 30 2013, Dangor wrote: “Hard work, but the cause made it worthwhile.”

After Nelson Mandela died on December 5 2013, his wife Graça Machel met former members of his staff to thank them for their service. Listening to ...
Opinion & Analysis
3 years ago

South Africa’s former ambassador to Libya, Mohammed Dangor, and his wife are recovering in a Johannesburg hospital after being brutally attacked in ...
News
3 years ago