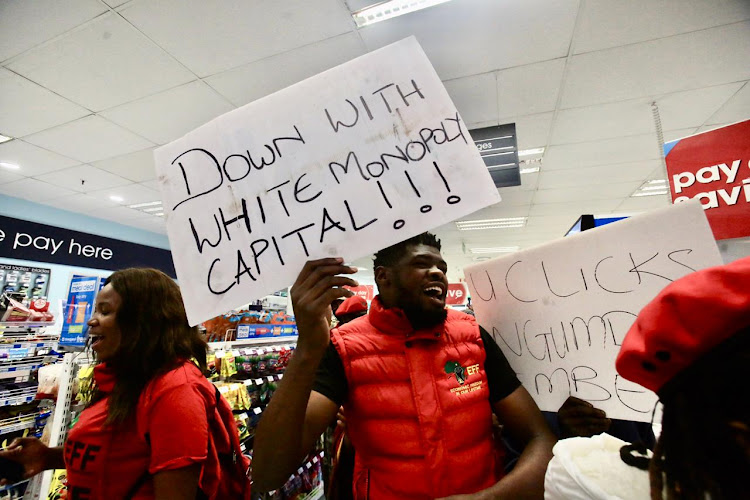 East London police responded swiftly to keep EFF supporters in check when they protested outside Clicks stores in Oxford Street, in Gillwell Mall and in Mdantsane on Monday morning.

About 40 EFF members protested outside the Oxford Street store with placards calling for racism to fall and demanding that Clicks stores be shut.

The store closed soon after the protesters entered the premises.

#EFF members taking part in the #clicksmustfall protest wait outside Clicks in Mdantsane as party leaders are locked in a meeting with management. Only the elderly & frail are allowed inside the store @Dispatch_DD pic.twitter.com/Y4ObaERGI4

Gillwell Mall #Clicks in East London closed early on Monday after #EFF members entered the store as part of their nationwide protest against racism in the chain's recent advertisement. Video: Bhongo Jacob pic.twitter.com/uByEHokNFM

Cars that had been parked near Clicks at the Mdantsane Zone 6 Mall are being moved as more #EFF members/supporters arrive. About 10 police officers are inside the store @Dispatch_DD pic.twitter.com/XcTUUrx9C8

More police officers arrive at Clicks in Mdantsane as a security officer tries to stop pictures & videos from being taken @Dispatch_DD but the cops intervene pic.twitter.com/fFPWbqBva1