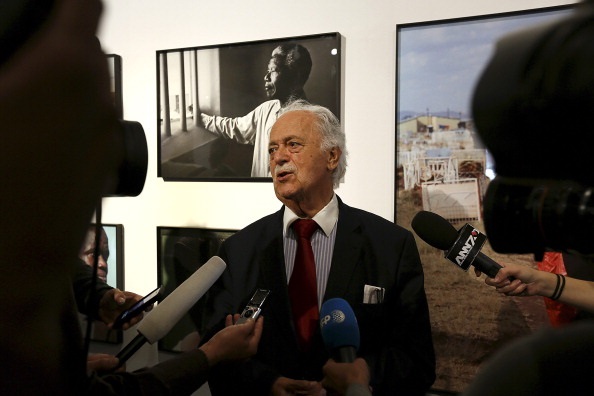 Attorney George Bizos, who passed away on Wednesday, dedicated his professional career to the fight for human rights during the height of apartheid.
Image: Alon Skuy

George Bizos, who has died at the age of 91, represented both Walter Sisulu and Nelson Mandela in the Treason and Rivonia trials.

During the height of apartheid, Bizos, a practising attorney, dedicated his professional career to the fight for human rights.

Bizos insisted that Mandela include the phrase "if needs be" in the former statesman's famous sentence during the Rivonia trial: "It is an ideal which I hope to live for, and see realised. But if needs be, it is an ideal for which I am prepared to die." It is widely believed this saved Mandela from the death sentence.

Below is a compilation of memorable quotes from the human rights lawyer:

'A lover of freedom'

Bizos said he met Mandela while studying at Wits University at the height of apartheid. He described himself as someone who strove for freedom.

"I became radicalised at Wits as a lover of freedom. Freedom has always been part and parcel of my life," he said.

"I told people if wanting equal treatment for black students makes me a leftist, then I am proud to be one. At that time, my father was asked to rein in the young Bizos to which he answered: 'It is not for me to tell him what to do.' And the rest is history."

Bizos, speaking to reporters after arriving at Mthatha Airport to attend Mandela's funeral in December 2013, spoke about the love the former president had for his hometown of Qunu in the Eastern Cape.

“This was the place where people around would come and see him without an appointment. They would talk about stick fighting and laugh,” said Bizos.

Bizos said the scenes around the country of people singing and dancing were in celebration of Mandela's legacy.

"None of us are immortal, but he was a great friend,” he said in an interview with eNCA.

“It’s very difficult to accept that he will no longer be around.” 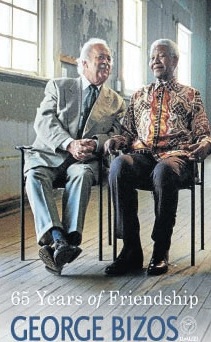 On Jacob Zuma and Thuli Madonsela

Six years ago, Bizos called for an end to the criticism levelled against then public protector Thuli Madonsela, after her Nkandla report calling on then president Jacob Zuma to pay back some of the R250m spent on his home.

Bizos appealed for all involved in the saga to respect both the law and the constitution.

"There are further steps to be taken - let them be taken. Don't criticise her [Madonsela]," he said.

At the Marikana commission of inquiry into the shooting deaths of 24 miners by the SA Police Service (Saps), Bizos argued there was evidence of wrongdoing by lawmakers.

He referred to a photograph of a dead man, on rocky ground near the mine. A second picture, taken later the same day, was identical, except for a machete lying under the man's hand.

"The evidence clearly showed there is at least a strong prima facie case that there has been an attempt to defeat the ends of justice," Bizos told the inquest.

Twenty years after an inquest magistrate ruled that no one was to blame for black consciousness leader Steve Biko's death in detention, five of the policemen who interrogated him are preparing to go before the Truth and Reconciliation Commission's amnesty committee.

Bizos was retained by the Biko family to oppose amnesty for the policemen.

In 1977, he and Sydney Kentridge represented the family at the inquest, challenging the policemen's version of the events leading up to the activist's death.

That they have now applied for amnesty is "cold comfort", Bizos told Sapa in September 1997.

"We said they were lying then and they now admit it ... It shows how wrong the magistrate was."

However, returning to the case after an absence of 20 years presented certain difficulties.

"You have to dig up information, but I have a fairly good memory of what was said."

In 2001, Bizos described how his wife Aretha and four others were confronted by a gang of robbers at their home in Parktown North in Johannesburg.

"They [the robbers] walked into the driveway and said they were looking for a job. Then they came into the kitchen and my wife was standing there.

"They came in and pushed my wife down and slapped her to tell them where the money is. In her shock she forgot where she had put it.

"This is a bad experience, but she is OK. The police were very good. They were with her within five minutes. Someone sat with her and gave her counselling," said Bizos.

He was reluctant to have the ordeal publicised, saying his family's experience was minor compared with what had happened to others.

WATCH | End of an era: 'the quiet revolutionary' Andrew Mlangeni laid to rest

The struggle hero and Rivonia trialist has died aged 87.
News
1 year ago